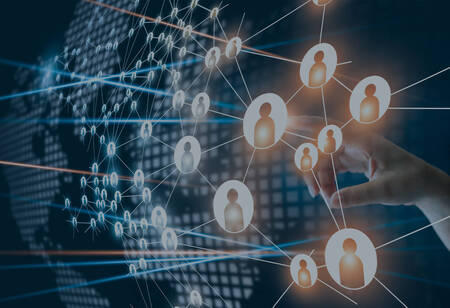 Through this acquisition, Reliance Retail will get access to a network of 31 large format Metro India stores located in prime locations across key cities, along with a large base of registered kiranas and other institutional customers, and a strong supplier network.

The deal comprises the operative business of all 31 Metro India stores as well as the real estate portfolio that includes 6 store-occupied properties.

The transaction is subject to certain regulatory and other customary closing conditions and is expected to complete by March 2023, it added.

Commenting on the development, RRVL Director Isha Ambani said: “The acquisition of Metro India aligns with our new commerce strategy of building a unique model of shared prosperity through active collaboration with small merchants and enterprises.” Metro India is a key player in the Indian B2B market and has built a solid multi-channel platform delivering a strong customer experience.

“We believe that Metro India’s healthy assets combined with our deep understanding of the Indian merchant/kirana ecosystem will help offer a differentiated value proposition to small businesses in India, she added.

Metro AG CEO Steffen Greubel said:” With Metro India, we are selling a growing and profitable wholesale business in a very dynamic market at the right time. We are convinced that in Reliance we have found a suitable partner who is willing and able to successfully lead Metro India into the future in this market environment.” In a separate statement, the German retailer said Metro India will complement Reliance Retail’s retail network in the future.

“All Metro India stores will continue to operate under the Metro brand during an agreed transition period,” it said adding ” For Metro employees and Metro customers, there will be no noticeable changes for the time being.” In the financial year 2021/22 (FY ended September 2022), Metro India generated sales of Rs 7,700 crore, which was its best sales performance since its market entry into India. The German retailer said it aims for a leading market position in wholesale and due to the increasing market consolidation, accelerated digitalisation and intense competition, Metro India operations would not fit Metro’s core growth strategy in the future.

“Therefore, further growth for Metro India would be best achieved with an owner who has a more suitable network and presence in India,” it said.

Greubel said due to the market dynamics a sizeable investment would be required to further grow the business.

“Therefore, now is the right time to use the momentum and open a new chapter for Metro India. We are convinced that in Reliance we have found a suitable partner who is willing and able to successfully lead Metro India into the future in this market environment,” he added.

Reliance is India’s biggest brick-and-mortar retailer with over 16,600 stores, and a strong wholesale unit would further deepen its operations in India.

Metro is a leading international specialist in wholesale and food retail in over 30 countries.

Its sells products such as fruits and vegetables, general groceries, electronics, household goods and apparel to clients like hotels, and restaurants as well as offices and companies, small retailers and Kirana stores.

Reliance Retail, the oil-to-telecom conglomerate’s retail arm, is ranked 56th amongst the top global retailers with USD 18 billion in revenues.

It is the world’s second-fastest-growing retail company behind only South Korea’s Coupang.

Indian retail is a Rs 60 lakh crore market with food and grocery constituting 60 per cent of it. Organised retail is expected to be 12 per cent of the entire retail segment.

Reliance already has a 20 per cent market share in the organised food and grocery business, with a store count nearly triple that of its nearest competitor ‘More’ in the segment.

It this month forayed into FMCG with the launch of the brand ‘Independence’ for staples, processed foods, beverages and other daily essentials, rivalling the likes of ITC, Tata Consumer Products Ltd, Patanjali and Adani Wilmar.

The B2B segment is considered to be a low-margin business and multinationals such as Carrefour have exited from the country.

While E-commerce major Flipkart Group has acquired a 100 per cent stake in Walmart India Pvt Ltd, which operates the Best Price cash-and-carry business.

Reliance Retail is a subsidiary of RRVL, the holding company of all the retail companies under the RIL group.

RRVL had reported a consolidated turnover of around Rs 2 lakh crore for the year ended March 31, 2022.

Earlier, in August 2020 Reliance announced a Rs 24,713-crore deal to acquire the retail business of the Kishore Biyani-led Future group. The deal was to acquire 19 Future group companies operating in the retail, wholesale, logistic and warehousing segments.