Reliance to invest Rs 75,000 crore in new energy business for the next 3 years 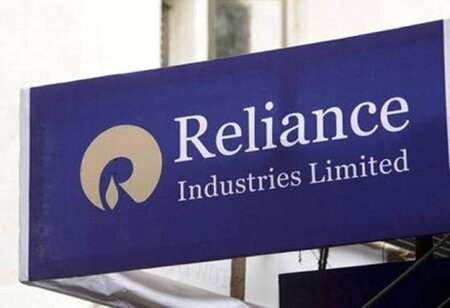 Diversified business compound Reliance Industries Ltd (RIL) on Thursday declared that the company would invest Rs 75,000 crore in new energy business across the next three years.

Our overall initial investment from our own internal resources in the new energy business will be Rs 75,000 crore in 3 years. We will invest Rs 15,000 crore in value chain, partnerships and future technologies, including upstream and downstream industries, RIL chairman & managing director Mukesh Ambani stated while addressing the annual general meeting.

Ambani announced Yasir Al-Rumayyan, chairman of Saudi Aramco and the governor of the Public Investment Fund, will join the board of Reliance Industries as an independent director. “I expect our partnership to be formalized in an expeditious manner during this year, after obtaining required regulatory clearances,” he said on formalizing the much-awaited tie-up with Aramco. Disclosing details about his new energy plans, he stated, “Reliance will establish and enable at least 100 GW of solar energy by 2030. A significant part of this will come from rooftop solar and decentralized solar installations in villages. These will bring enormous benefits and prosperity to rural India.”

Solar energy is available only during the day, while power is needed round the clock. “Therefore, storage is an important piece of the puzzle to solve. For this, we will launch our second initiative — an Advanced Energy Storage Giga Factory,” Ambani added.

Ambani also announced that Google and Jio teams have jointly developed a smartphone “Jiophone Next” which will be launched on September 10. On the Jiophone Next smartphone will support the entire suite of applications from both Google and Jio as well as the Android Play Store through which users will have access to the entire gamut of Android apps. It is powered by an optimized version of the Android Operating System, that has been jointly developed by Jio and Google, especially for the Indian market.

While being ultra-affordable, the smartphone is packed with cutting-edge features like the voice assistant, automatic read-aloud of screen text, language translation, smart camera with augmented reality filters and much more.

RIL’s third initiative — an Electrolyser Giga Factory — will manufacture modular electrolysers of highest efficiency and lowest capital cost. These can be used for captive production of green hydrogen for domestic use as well as for global sale and the fourth initiative will be the Fuel Cell Giga factory. “A fuel cell uses oxygen from the air and hydrogen, to generate electricity. The only emission of this process is non-polluting water vapour,” stated Ambani.