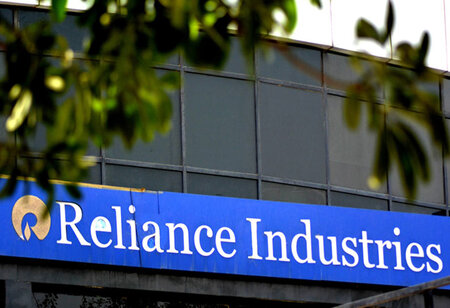 Reliance Industries Ltd (RIL) has agreed to extend their operational support to Future Retail Ltd to prevent its collapse while its ₹24,713-crore deal to buy the cash-strapped retailer’s assets awaits approval from a company law tribunal, two people directly aware of the matter stated.

The National Company Law Tribunal (NCLT), which was due to announce its ruling on Tuesday, adjourned the case until 15 March. The Mukesh Ambani-led company has also extended an internal deadline for completion of the purchase by six months to accommodate for delays caused by a legal battle between Future Group and Amazon.com Inc., the people said on condition of anonymity, citing legal sensitivity. Firms usually set aside 3-9 months, depending on the transaction’s complexity, to secure regulatory approvals.

“Due to the ongoing legal battle with Amazon, it is impossible to get all the regulatory nods before May, which is why the deadline has been extended further by at least six months," said one of the two people cited above. Some of Future Retail’s lease agreements for stores have, however, been transferred to Reliance to ease the burden on the troubled retailer and avoid defaults.

If Future is unable to secure all regulatory approvals within a certain deadline, RIL has the right to walk away from the deal

Apart from transferring rental agreements in the name of RIL group entities, integration of the workplaces of Reliance Retail and Future Group has also begun, the people cited above said.

“Many existing workers of Future Group have started undergoing training to be ready to work under Reliance Retail. Re-branding exercises and soft-launch plans are going on at full throttle so that everyone from both the groups is ready on the date when all the regulatory approvals come in," said the first person.

India’s company law tribunal will now likely spell its verdict on the RIL-Future deal next week. The deal entails a scheme of amalgamation of six Future Group companies and the subsequent sale of retail, wholesale, warehousing and logistics assets to two subsidiaries of Reliance Industries.

In an interim order on 22 February, the Supreme Court halted the deal and stopped NCLT from approving the transaction till further orders. An NCLT approval is a must for this deal to go through. The Supreme Court will hear the matter again on 19 March, said a third person familiar with the ongoing developments.

According to the Supreme Court order, NCLT can allow the Future Group to take operational steps towards the proposed RIL-Future deal but can’t let Future Group hold any board meeting of Future Retail for final clearance of the deal or seek shareholders’ approval until the final verdict.

If the NCLT reserves its nod for the scheme of amalgamation and also restrains RIL and Future Group from taking any step towards the deal, it may further delay the sale to Reliance. “If Future is unable to secure all regulatory approvals within a certain deadline, RIL has the right to walk away from the deal," said the second person.

Such a scenario may aggravate problems for the Future Group, which has been struggling to repay $2.5 billion worth of dues to lenders. “This is why RIL has agreed to extend its operational and ground-level support to Future Group. In the meantime, the two parties can ready themselves for the re-launch of retail businesses of Future Group," said the second person. Future Group lawyers have argued that the RIL-Future deal is crucial to saving the Future Group and thousands of employees’ livelihoods.