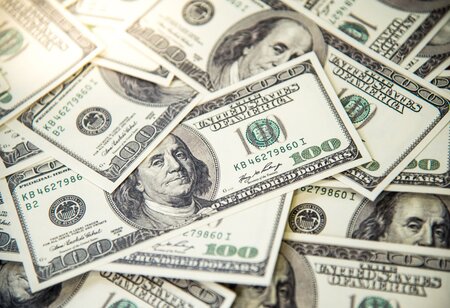 Bankers in India have recorded their best-ever quarter for mergers as well as acquisitions while dealmaking elsewhere slows to a crawl.

India saw $82.3 billion pending and completed M&A deals in the second quarter, the highest amount on record, according to data compiled by Bloomberg. That’s more than twice as much than the previous record of $38.1 billion in the third quarter of 2019. Globally, M&A volume in the quarter reached $827.6 billion, down 8.7% from the same period in 2021.

The surge in India was dominated by HDFC Bank Ltd.’s $60 billion all-stock purchase of Housing Development Finance Corp. in April, combining India’s most valuable bank and largest mortgage lender in the country’s biggest ever M&A transaction. The move illustrated how India’s flagship companies, facing disruptive trends such as the rise of fintech and climate change, are turning to dealmaking as a tactic to dramatically reshape themselves.

“While conglomerates will consolidate to become stronger and gain market share in their core sectors, there will be renewed or new initiatives around two big themes: ESG and digital,” according to Sonjoy Chatterjee, chairman and chief executive officer for Goldman Sachs Group Inc. in India. The second in particular is a focus for all companies, no matter the sector, he added.

“There won’t be a strategy going forward that doesn’t provide a clear path to deliver this,” Chatterjee said.

The combination of Mindtree Ltd. and Larsen & Toubro Infotech Ltd., two software firms controlled by engineering conglomerate Larsen & Toubro Ltd., in a $3.3 billion all-stock deal announced in May further illustrated how India’s largest firms are positioning themselves for a changed landscape in technology, aided by volatility in the markets.

Even without the HDFC megadeal, India’s second quarter would still rank as its fifth-best quarter on record, thanks to transactions such as billionaire Gautam Adani’s $10.5 billion deal to buy Ambuja Cements Ltd., giving his conglomerate a sizable presence in the industry.

“The appetite of strategic investors has definitely increased, with market correction resetting the valuations in India,” said Ganeshan Murugaiyan, head of corporate coverage and advisory at BNP Paribas SA in India.

Companies in India leading the shift to renewable energy were among the biggest dealmakers. Shell Plc agreed to buy renewable power supplier Sprng Energy Pvt for $1.5 billion in April, while French oil giant TotalEnergies SE purchased a 25% stake in Adani New Industries Ltd. this month. The firm plans to invest more than $50 billion in technologies such as green hydrogen over the next decade.