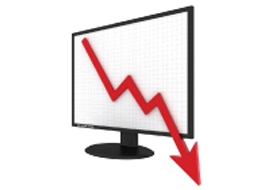 According to the financial results announced by Polaris consulting, for the quarter ended 31-Dec-2014, the company posted a net profit of Rs. 392.586 mn but still the shares hit a 5% lower circuit at Rs161.In the final few phases of trading, shares of Polaris Consulting & Services Ltd was at Rs.170.05 as compared to the previous close of Rs. 166.4. The total number of shares traded during the day was 516592 in over 18151 trades. The total Income of the company is Rs. 4837.273 million for the quarter ended December 31, 2014 whereas the same was at Rs. 6237.940 million for the quarter ended December 31, 2013.The consulting firm has also announced that the trading window for dealing in the securities of the Company will be closed for the company's Directors, Officers and designated employees from January 12, 2015 till 24 hours after the announcement of financial results to the public, i.e. January 22, 2015.

Polaris Consulting & Services Ltd (BSE: 532254), incorporated in the year 1993, is a Mid Cap company with a market cap of Rs 1350.16 Cr. The company is a provider of financial technology products, legacy modernization services and consulting. It's key Products/Revenue Segments include Software Services, Banking, Insurance, financial Services, legacy modernization services, wealth & asset management and insurance consultancy. It was one of the first vendors that Citi Group chose to partner with, when it entered India.