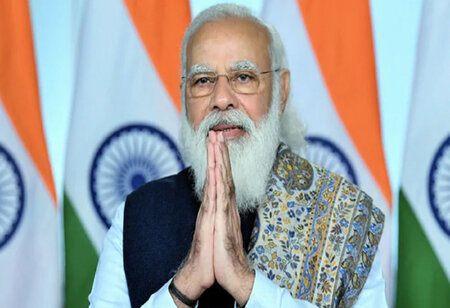 Prime Minister Narendra Modi is slated to inaugurate and lay the foundation stones of several projects in the states of Kerala and Tamil Nadu on Sunday, February 14. Ahead of his one-day visit to the states, Prime Minister Modi said many development works would be launched that would add rapidity to fulfilling the vision of Aatmanirbhar Bharat.

"Tomorrow, February 14th, will be in Chennai (Tamil Nadu) and Kochi (Kerala). Numerous development works would be launched that would add speed to fulfilling the vision of Aatmanirbhar Bharat. The projects will boost 'Ease of Living' for our citizens," the prime minister tweeted.

The projects scheduled to be inaugurated by PM Modi comprise the launch of a Chennai Metro project and a petrochemical complex in Kerala, and will add crucial impetus to the growth trajectory of these states and help speed up the pace for them to realise their full development potential, a PMO (Prime Minister's Office) statement read.

The Prime Minister will arrive at BPCL Kochi Refinery at 3.30 PM and address the gathering. At a press conference on Saturday, Oil minister Pradhan said an investment of over Rs 6,000 crore had been made in the state through these projects which are being either dedicated/inaugurated or initiated. The dedication of Propylene Derivatives Petrochemical Complex at BPCL Kochi Refinery marks the first major endeavour in India, either in public or private sector, to produce Niche Petrochemicals which are predominantly being imported to the country, he said.

Minister of State for Shipping Mandaviya said the Sagarika International Cruise Terminal at Cochin Port will open up new vistas of business development in travel, tourism and allied areas. Reconstruction of the South Coal Berth will ensure quick and efficient handling of cargo meant for Fertilizers And Chemicals of Travancore (FACT) which is showing outstanding performance in recent years, he said.

The Roll-on/Roll-off (RO-RO) vessels between Bolgatty and Willingdon Island will help container carrying vehicles to circumvent the Kochi city roads, thereby ensuring seamless traffic and fuel savings. The Marine Engineering Training Institute will groom 114 Mechanical/Naval/Architect Engineers every year in a sector which is on a high growth trajectory, the minister said.