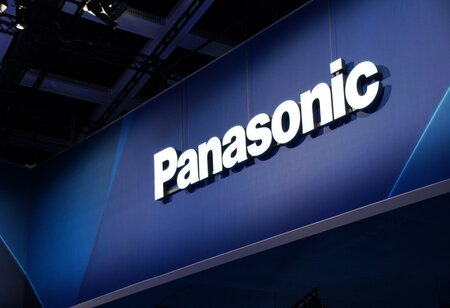 Consumer electronics major Panasonic India is aiming to double its residential air-conditioning business in the next three years as it is betting big on new cutting age technologies along with growing demand, a top company official said. The company, which on Thursday introduced HU series of ACs with the recently-announced nanoeX technology, is eyeing about 35 per cent sales growth in the segment this year on the back of pent-up demand.

According to the company, nanoeX technology releases hydroxyl radicals contained in water, which are also known as ‘nature's detergent’ that are capable of inhibiting bacteria and viruses, including 99.99 per cent of adhered novel coronavirus. Panasonic ACs are also equipped with Artificial Intelligence (AI) and internet of things (IoT) platform Miraie as well as intelligent sensors Econavi, which detect unconscious waste of energy.

"Our intention in AC business is very clear, we want to democratise the technology to as much as possible," Panasonic India and South Asia President and CEO Manish Sharma told reporters at the firm's virtual launch event.

Last year, Panasonic had launched its Miraie platform and introduced connected technology across its inverter ACs portfolio with smart features. "This year again, we have the intention to adopt technology and provide it to a wider range. The intention is to double the AC business in the next three years’ time," he said. The company has gone for faster adoption of nanoeX technology and help people fight the pandemic, he added. Sharma also anticipates pent-up demand in the room AC segment as last year the lockdown was imposed in the middle of the summer season.

"There would be a pent-up demand, I assume that it would be 10 to 15 per cent of the total demand of the upcoming summer. In that situation, hopefully, the industry may grow about 20 per cent and our intention is to grow 35 per cent utilising the three proprietary technology which is nanoeX , Miraie and Econavi," he added.

Currently, air conditioners account for nearly 40 per cent of Panasonic India's overall consumer durables business and 15 per cent of the overall sales. "I believe there is huge potential for air conditioner growth in India with current penetration being at 5-6 per cent.

"The AC industry is growing at double-digit CAGR and consumers are looking for energy-efficient products with a lower total cost of ownership. At Panasonic, we are witnessing a faster adoption of inverter ACs," Sharma added. The company, which has an installed capacity of one million units of room ACs at its Jhajjar, Haryana-based plant, plans to add more shifts to remove bottlenecks and meet increased demand.

Asked whether Panasonic would opt for the benefits offered under the production-linked incentive (PLI) scheme for manufacturing residential ACs, Sharma, who also heads the Electronic & White Goods Manufacturing Committee of FICCI, said work is still in progress from the government's side and deliberations are going on.

Panasonic is committed to the government's agenda to bring self-reliance into the country, he added. "Panasonic is already exporting AC and many other products from India to several countries and we are now collaborating with the component manufactures specially focussing on three components -- motors, compressors and aluminium coils," he said, adding Panasonic's commitment towards 'Make in India' was intact.

The company is in discussions with component makers to scale up and hence add more value. "You would see (results) in two-three years of time, in a phased manner," Sharma added. The Indian residential market is estimated to be around 7.5 million units per annum and is witnessing double digit annual growth, Panasonic India Business Head, Air Conditioners Group Gaurav Sah said.