NTPC Prepares itself to Address the Rising Power Demand 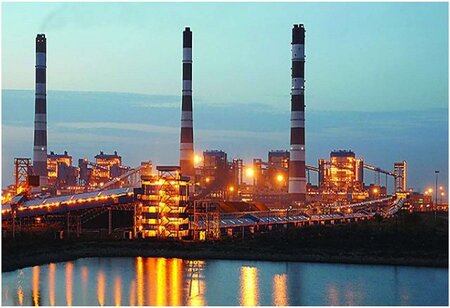 The Energy conglomerate NTPC on Monday said that it has geared up to meet the constantly rising power demand in the country. "The country is witnessing a sharp increase in power demand and NTPC is making all efforts for meeting demand as per the grid requirement," it said. "NTPC has geared up to meet the increasing demand and the generation from NTPC group stations have registered a 23 per cent growth compared to the previous year." Under flexible utilisation of coal policy, NTPC is arranging coal at the stations where the stock position is in a critical stage, it said.

"Continuously coordinating with Coal India and Railways for augmenting coal supply at critical stations and diverting rakes wherever required." "Augmenting 2.7 Lakh MT import coal left out from the contracts placed earlier." Besides, the energy major cited that Darlipalli Unit-2 (800 MW) was put in operation and commercial operation of the unit will begin from September 1
"The plant is a pit-head station, and the coal is being fed from captive mine of NTPC (Dulanga)." Furthermore, it has increased coal production from all of its captive mines.
"The states are also requested to schedule offtake from the gas stations. In order to plan for making arrangement for gas for generator companies, states are requested to schedule power at least for a week."