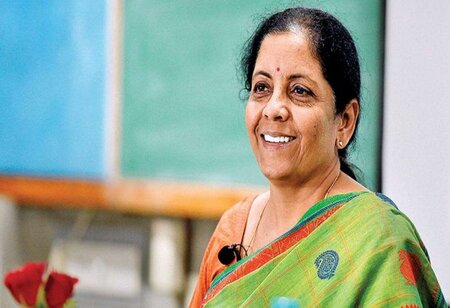 Union finance minister Nirmala Sitharaman has said that the Reserve Bank of India's (RBI) recent decision to raise the repo rate was not surprising for her as well as the government but the timing was because it came between the two monetary policy reviews.

Addressing an event organised by the Economic Times on Saturday, Sitharaman asserted that the rising cost of funds will not impact the government's planned infrastructure investments, adding that the RBI move is a part of the synchronised event by the central banks globally.

On May 4, after an unscheduled meeting of the RBI's Monetary Policy Committee, the central bank had increased the policy repo rate by 40 basis points to 4.40 per cent. It also announced a 0.50 per cent increase in the cash reserve ratio (CRR). The RBI cited increased inflation pressures following the Ukraine war and the resultant spike in crude oil prices. It was the first increase in the repo rate since August 2018.

Retail inflation printed at 6.9 per cent in March and the April reading is forecast to top 7.7 per cent.

“The timing of RBI's rate hike came as a surprise but not the action itself as people thought it should have been done anyway….It came as a surprise because it's between the two MPCs (monetary policy committee) meetings. But the US Fed had been saying it all the while,” Sitharaman said in her first reaction to the rate hike.

She said in the last MPC meeting, the RBI had indicated that it was time for them to also act, and the hike was part of a synchronised action by major central banks across the globe.

“In a way, it was a synchronised action. Australia did it, and the US did it that night. So, I see a greater understanding among central banks nowadays. But the understanding of how to handle recovery from the pandemic is not fully unique or typical for only India. It's a global issue.