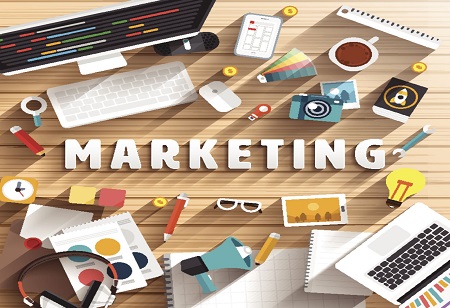 Large packaged goods companies such as Nestle, Panasonic, Dabur and Wipro Consumer said they were set to foray into or allocate significant investments in the direct-to-consumer (D2C) segment with their own micro-sites and launch online-only brands, joining companies like Hindustan Unilever, ITC, Marico and Emami that began operating their own micro-sites about a year back.

“Dabur Shop is currently in Beta testing stage, and we expect the roll out by March 2023. We also intend to use this platform to launch digital first brands,” Dabur chief executive officer Mohit Malhotra said. The company, which makes Vatika shampoo and Red toothpaste, will also retail its ayurvedic range here. “This will, over time, become a one-stop shop of the entire Dabur range, including our ayurvedic medicines portfolio that’s not easily available on the e-commerce marketplace,” Malhotra said.

Santoor soap maker Wipro Consumer Care, which has invested in nutraceutical maker Powergummies, ayurvedic company TAC and men’s grooming start-up LetsShave, is looking at the D2C foods space for the first time, in the coming year. The company had set aside Rs 200 crore for Wipro Ventures where it invests in start-ups, of which it still has Rs 100 crore to deploy.

The country’s packaged foods maker Nestle, too, is testing its own such platform called MyNestl, which the company said, will curate products, personalised gifting, subscriptions and discounts.

A spokesperson for consumer electronics maker Panasonic, which has just launched its D2C platform in the country, said the company is looking to expand its direct-to-consumer range to include lifestyle and grooming products by next month end. “As of now, products like washing machines, refrigerators and televisions we manufacture in India are available on the platform. Soon, we would like to retail a wider range of lifestyle and grooming products and are in the process of exploring the possibilities.” a Panasonic spokesperson said.

Despite low sales on the individual platforms, executives said they use their microsites as launch platforms, to collect consumer data, build loyalty and then roll out in other larger channels for volumes, or direct consumers to scale platforms like Amazon or Flipkart.

Kannan Sitaram, partner at early stage consumer startup investor Fireside Ventures which raised $225 million for its third fund focused on digital-first consumer brands, said: “Legacy companies cannot afford to miss the D2C space; a lot more are setting up their own platforms, with their own or acquired brands. We expect the momentum to escalate in the coming year.”

More than 800 new direct-to-consumer platforms (or those which sell directly to consumers online and not through marketplaces like Amazon or Flipkart), were introduced between January and December 2022, with 40-50 million new shoppers on these platforms, said a new report by RPSG Capital Ventures, which has invested in independent D2C companies like Souled Store, mCaffeine, Vedix, and SkinKraft. Sambit Dash, partner at RPSG said: “Kids-specific platforms, petcare, health foods, apparel and athleisure are the categories which are set to see maximum traction in this space in 2023.”

HUL announced a cumulative investment of Rs 334 crore in digital-first start-ups OZiva and Wellbeing Nutrition earlier this month, extending its existing own direct-to-consumer presence through shopping sites such as Love Beauty & Planet, Dermalogica and Simple Labels.

Most companies are experimenting with their own microsites for premium discretionary products, and to protect shares amid dozens of digital-only platforms, a trend that escalated during the pandemic when consumers switched from shopping in malls and markets to online.