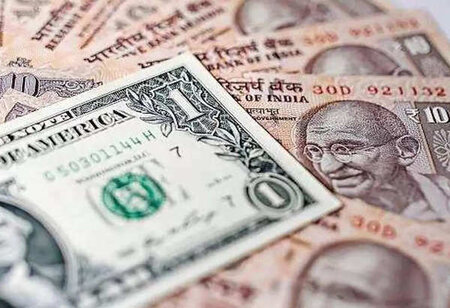 Moody's Investors Service has recently stated that most rated companies in India have buffers to withstand a further 10-15 per cent depreciation of the rupee. The rupee depreciated by 8 paise to close at 77.76 against the US dollar on Thursday, weighed down by elevated crude oil prices and persistent foreign capital outflows.

In a statement, Moody's said the rupee has depreciated around 4.5 per cent since the start of the year.

"While these external factors will heighten credit risks associated with currency volatility, most rated companies in India have buffers to withstand a further 10-15 per cent depreciation of the rupee," Moody's said.

The rupee's depreciation is credit negative for companies that generate revenue in rupees but rely heavily on US dollar debt to fund operations, as well as for those with significant dollar-based costs, such as raw materials and capital spending. However, the negative credit implications for rated companies will be limited.

"Most rated companies have protections to limit the effect of currency fluctuations. These include natural hedges in the form of revenue and costs denominated in or linked to the US dollar, some US dollar revenue and financial hedges, or a combination of these factors, which help limit the adverse effects on cash flow and leverage, even under a more severe deprecation scenario," Moody's said.

Exporters could benefit as their services or products become cheaper and therefore more competitive in the global market.

However, in the current macroeconomic environment, the benefit will be likely limited amid weak global demand and rising inflation, Moody's added.