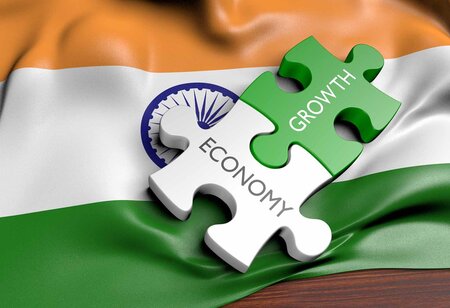 Moody’s on Thursday slashed India’s growth estimate for the current year to 9.1 per cent, from 9.5 per cent earlier, saying that the high fuel and fertilizer import bill could limit the government’s capital expenditure. In its ‘Global Macro Outlook 2022-23 (March 2022 Update): Economic Growth will suffer as fallout from Russia’s invasion of Ukraine builds’ report, the rating agency said Russia’s invasion of Ukraine has significantly altered the global economic backdrop through three main channels — spike in commodities prices, risks to global economy from financial and business disruption as well as dent in sentiment due to heightened geopolitical risks.

It said Russia is the only G-20 economy that will contract this year and forecast that its economy will shrink 7 per cent in 2022, and 3 per cent in 2023, down from projected growth of 2 per cent and 1.5 per cent respectively, before the invasion of Ukraine. With regard to India, it said the country is particularly vulnerable to high oil prices, given that it is a large importer of crude oil. Because India is a surplus producer of grain, agricultural exports will benefit in the short-term from high prevailing prices.

“High fuel and potentially fertilizer costs would weigh on government finances down the road, potentially limiting planned capital spending. “For all of these reasons, we have lowered our 2022 growth forecasts for India by 0.4 percentage point. We now expect the economy to grow by 9.1 pc this year," Moody’s Investors Service said.

The Indian economy grew 8.2 per cent in the 2021 calendar year, after a 6.7 per cent contraction in 2020 — the year of COVID outbreak. With regard to the global economy, Moody’s said the potential for new COVID waves, monetary policy missteps, and social risks associated with high inflation could dampen the growth outlook.