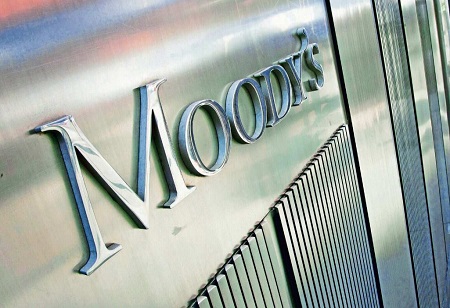 Moody's Investors Service expects India's GDP growth to slow from 8.3% in 2021 to 7.7% in 2022 and to decelerate further to 5.2% in 2023. In March, Moody's had forecast that India's economy could expand at 8.8% in 2022.  Data released on Wednesday showed that Indian economy expanded 13.5% year-on-year in the April-June quarter, the fastest pace in a year,  but economists said growth is likely to lose momentum in coming quarters as higher interest rates and global slowdown cool domestic economic activity.

The Reserve Bank of India (RBI) has raised its benchmark repo rate by 140 basis points since May, including 50 basis points last month.

Inflation remains a challenge with the RBI having to balance growth and inflation, while also containing the impact of imported inflation from the year-to-date depreciation of the Indian rupee against the US dollar of around 7%, Moody's said.

“Although inflation eased slightly to 6.7% in July, it remains above the central bank’s target range of 2%-6% for the seventh straight month. The RBI forecasts that the inflation rate will remain high into 2023, at 5.8% in the January–March period and 5.0% in April–May. In August, the RBI raised the policy repo rate for a third time by 50 bps to 5.4%. The central bank is likely to remain hawkish this year and maintain a reasonably tight policy stance in 2023 to prevent domestic inflationary pressures from building further."

Moody's however said that a quicker letup in global commodity prices would provide significant upside to India's growth. "In addition, economic growth would be stronger than we are projecting in 2023 if the private-sector capex cycle were to gain steam," it said.

“India’s economic growth before the COVID-19 shock had materially slowed because of the impact of corporate-sector deleveraging on business investment. With the deleveraging complete, corporate-sector investment is showing early signs of a pickup, which could provide support to a continued business cycle expansion through several quarters, supported by investment-friendly government policies and the rapid digitization of the economy," the rating agency said.

"The reading was materially below our expectations," said Santanu Sengupta, India economist at Goldman Sachs. Sequentially, GDP growth momentum declined to -3.3% quarter-on-quarter after expanding 0.5% in the Jan-March period, Sengupta pointed out.

"Despite the main drivers of domestic demand coming in line with our expectations, a large drawdown in inventories and statistical discrepancies came as a surprise."

The research house cut the full-year 2022 GDP growth forecast to 7% from 7.6% and also lowered the current fiscal year estimates by 20 basis points from 7.2%.