Moody's cuts economic growth forecast of India to 8.8 pc for 2022 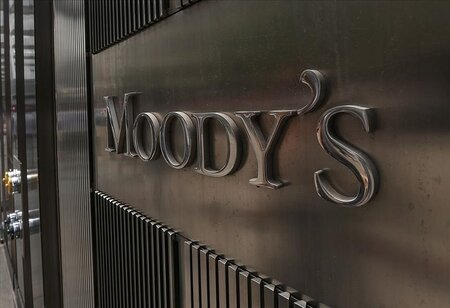 Moody's Investors Service on Thursday has slashed India's economic growth projection to 8.8 per cent for 2022 from 9.1 per cent earlier, citing the high inflation.

In its update to Global Macro Outlook 2022-23, Moody's said high-frequency data suggests that the growth momentum from December quarter 2021 carried through into the first four months this year.

However, the rise in crude oil, food and fertilizer prices will weigh on household finances and spending in the months ahead. Rate hike to prevent energy and food inflation from becoming more generalized will slow the demand recovery's momentum, it said.

Strong credit growth, a large increase in investment intentions announced by the corporate sector, and a high budget allocation to capital spending by the government indicate that the investment cycle is strengthening.

A rise in prices across all items from fuel to vegetables and cooking oil pushed WPI or wholesale price-based inflation to a record high of 15.08 per cent in April and retail inflation to a near eight-year high of 7.79 per cent.

High inflation prompted the Reserve Bank to hold an unscheduled meeting to raise the benchmark interest rate by 40 basis points to 4.40 per cent earlier this month.

In November last year, Moody's had projected a 9.3 per cent economic growth for India in the ongoing fiscal year (April-March).

Earlier this month, S&P Global Ratings had cut India's growth projection for 2022-23 to 7.3 per cent, from 7.8 per cent earlier, on rising inflation and longer-than-expected Russia-Ukraine conflict.

In March, Fitch had cut India growth forecast to 8.5 per cent, from 10.3 per cent, citing sharply high energy prices on account of Russia-Ukraine war.

Asian Development Bank (ADB) has projected India’s growth at 7.5 per cent, while RBI last month cut forecast to 7.2 per cent, from 7.8 per cent, amid volatile crude oil prices and supply chain disruptions due to the ongoing Russia-Ukraine war.