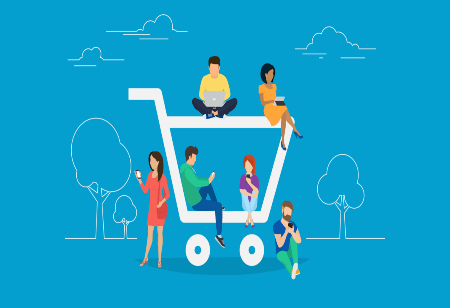 Meesho became the nation’s latest unicorn after the social commerce platform raised $300 million in a fresh funding round which was led by SoftBank Vision Fund 2. The fundraising, that valued Meesho at $2.1 billion, also saw participation from other existing investors such as Prosus Ventures, Facebook, Shunwei Capital, Venture Highway and Knollwood Investment, according to a statement. That marketplace—that allows retailing through social media platforms such as WhatsApp, Facebook and Instagram without the hassle of managing or investing in inventory—saw its valuation jump threefold from $700 million in 2019.

“We have been closely tracking Meesho for the last 18 months and have been impressed by its growth, daily engagement metrics, focus on unit economics and ability to create a strong team,” Sumer Juneja, partner at SoftBank Investment Advisers, said in the statement.

Much like Amway or Tupperware, the Bengaluru based startup provides a catalogue of products to the sellers, mostly unbranded items in more than 100 categories. Unlike e-commerce marketplaces where consumers are bombarded with a wide range of selection from unknown merchants, individuals are the face of the commerce on Meesho.

A part of the investment will also go in to strengthen the company’s talent pool across verticals — tech, product, and business, among others

Meesho is part of the second wave of e-commerce in the country with cheap data and half a billion smartphones. And social commerce is expected to touch up to $7 billion in gross merchandise value by 2025 as the number of online shoppers, especially from tier II cities and beyond, increase, RedSeer Consulting said in a report. The startup claimed to have more than 13 million entrepreneurs or homepreneurs, majority of them being women.

The company aims to use the fresh investment to reach 100 million small businesses, which includes individual businesses owned and run by women entrepreneurs and “homepreneurs” in the country and enable them to sell online, Vidit Aatrey, founder and chief executive officer at Meesho, said in the statement. “In the last one year, we have seen tremendous growth across small businesses and entrepreneurs seeking to move their businesses online.” A part of the investment will also go in to strengthen the company’s talent pool across verticals — tech, product, and business, among others.