LIC to have CEO and MD; post of executive chairman scrapped 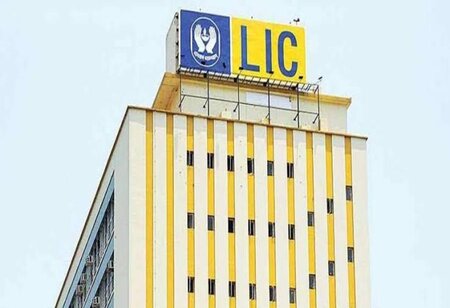 Life Insurance Corporation of India (LIC), which is gearing up to launch a mega initial public offering (IPO), will now have the post of Managing Director and Chief Executive Officer instead of an Executive Chairman on the pattern of public sector banking industry.

The changes have been made by the Department of Financial Services under the Finance Ministry by amending Life Insurance Corporation of India (Employees) Pension (Amendment) Rules. Besides, some other rules under LIC Act, 1956, have been amended.

“Chief Executive and Managing Director means the Chief Executive Officer and Managing Director appointed by the Central Government under section 4 of the Act (LIC Act 1956),” according to a gazette notification issued on July 7. While public sector banks are run by MD and CEO appointed by the government, the board of directors will be headed by a non-executive Chairman selected by the government.

Currently, LIC top management consists of the Executive Chairman and four Managing Directors. The Chairman of the LIC is a government of India Secretary rank officer. With the executive powers now going to the proposed MD and CEO, LIC is likely to get a Non-executive Chairman who chairs the board meetings.

However, it’s not yet clear about the role and designation of four MDs of LIC. “The full picture about the composition of the top management is yet to be clear as the government is yet to clarify how they are going to redesignate posts existing four MDs. Obviously, there can’t be five MDs for LIC,” said industry observers.

However, while Chairman and MD posts in nationalised banks are split, State Bank of India still has an Executive Chairman and four MDs.

Market regulator Sebi had recently said that the posts of Chairman and Managing Director (CMD) of listed companies need to be split from April 1, 2022. The regulator’s contention is that separation of the roles will reduce excessive concentration of authority in a single individual. The underlying idea for such a separation is not to weaken the position of the promoter but to improve corporate governance, Sebi Chairman Ajay Tyagi had said recently.

LIC had recently appointed Arijit Basu, former MD of State Bank of India (SBI) and former MD & CEO of SBI Life — who had led the life insurer to be listed in the stock exchanges — as a consultant to help the corporation in launching the mega IPO. After the amendment, like any other listed company, the corporation is now governed by the Companies Act and Sebi Act (post IPO) and has to prepare its quarterly balance sheet with profit or loss figures.

Further, the authorised share capital of the corporation will be Rs 25,000 crore divided into 2,500 crore shares of Rs 10 each, as per the amendment. Currently, LIC has a capital base of Rs 100 crore.