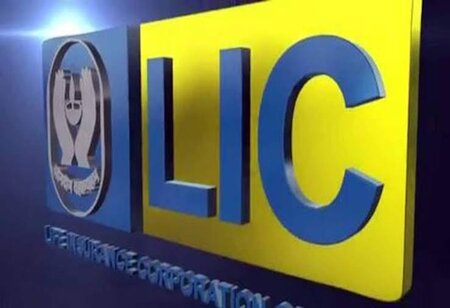 The government has broadsheet of amendments in the LIC Act, 1956, which are part of Finance Act 2021, making way for the well-established corporation, with over Rs 35 lakh crore assets, to corporatize and list its shares on domestic stock exchanges via an initial public offering.

Arijit Basu was appointed by LIC, former MD of State Bank of India (SBI) and former MD & CEO of SBI Life — who had led the life insurer to be listed in the stock exchanges, as a consultant to help in launching the IPO. After the amendment, like any other listed company, the corporation, now governed by the Companies Act and Sebi Act (post-IPO), has to prepare its quarterly balance sheet with profit or loss figures and make public key developments.

Further, the authorized share capital will be Rs 25,000 crore, divided into 2,500 crore shares of Rs 10 each, as per the amendment. Currently, LIC has a capital base of Rs 100 crore.

As per the sources, in the original LIC Act, 1956, the word ‘profitability’ was not there and it was stipulated any surplus, which is calculated with actuarial framework, will be distributed between policyholders and the government (sole stakeholder) in the ratio of 95:5. However, the policyholders of the Corporation will now receive 90 per cent of surplus (or any higher amount as decided by its board) generated by it, while the rest as dividends will go to the government and shareholders who will be investing via the IPO.

After the IPO, although LIC’s policyholders may appear to get less bonus than what they are getting now, it may not happen that way as the Corporation will find new ways to continue to offer the same level of bonus to its customers, stated the sources. According of one of the 27 proposed amendments, the Centre will hold at least 75 per cent in LIC for the first five years post the IPO, and subsequently hold at least 51 per cent at all times after five years of the listing. LIC, now, is allowed to raise resources via securities, including bonds, debentures, notes, commercial paper and other debt instruments, to meet its requirements.

The board of directors of the Corporation will consist of directors, not exceeding 15, of whom at least one has to be a woman. LIC’s board will have two officers of the Central government not below the rank of a joint secretary to the Government of India.

Moreover, two individuals will be nominated by the Central government, who have special knowledge or practical experience in professional areas. LIC also is revamping all its internal systems involving many areas of operations that will make it an efficient listed organization meeting the expectations of both policyholders as well as new shareholders. Policyholders will get up to 10 per cent of the LIC IPO.

As of today, the government owns 100 per cent stake. It is likely to be one of the leading companies by market capitalization with an estimated valuation of Rs 8-10 lakh crore.