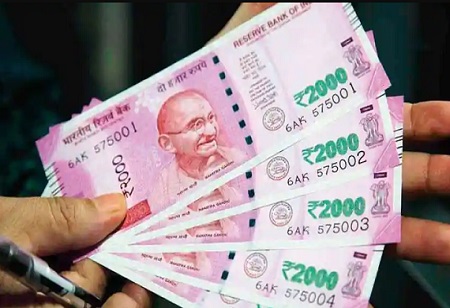 Large Indian lenders are reluctant to process direct rupee trade transactions with Russia months after the mechanism was put in place for fear of becoming the target of sanctions by the United States and Europe over the invasion of Ukraine, sources said.

Two smaller lenders have moved to adopt the system after the Reserve Bank of India (RBI) said in July that it had set up an arrangement for international trade settlements in Indian rupees with immediate effect.

But bigger lenders with more exposure to the international financial system, and in particular the dollar, are worried their businesses could be disrupted if targeted by sanctions.

Western sanctions to punish Russia for its invasion of Ukraine are trying to limit Moscow’s access to foreign exchange, particularly the dollar. India has deep trade ties with Russia, and the rupee mechanism can help bypass the U.S. dollar and the euro for settlements.

An Indian diplomat in Russia said Russian banks had reached out to eight large Indian counterparts to set up rupee trade settlements, but the Indian banks had not responded.

None of these banks responded to e-mail requests seeking comment.

But several sources at the banks privately confirmed they had decided not to use the structure, at least for now. One of them, a senior executive at a large state-owned bank, said using such a settlement mechanism could be a violation of some sanctions rules. “They (Western nations) can impose a sanction on us, it will be a major business and reputational loss,” said the banker.

Indian banks continue to settle trade with non-sanctioned Russian entities in dollars or euro, but the sources said they believe that settlements in rupees could come under greater scrutiny.

Another banker said the new settlements system could raise questions in the West, and could lead to sanctions. “The process of getting them lifted may take months and it is a risk banks are not willing to take,” the source said.

The United States imposed sanctions on major Russian banks, other institutions, President Vladimir Putin and oligarchs following the invasion of Ukraine, and anyone dealing with a sanctioned entity can also attract sanctions.

A third source at a large Indian bank said the lack of liquidity in trade in the rouble compared with the more liquid rupee made it difficult to determine an accurate rouble-rupee exchange rate, another factor holding back Indian banks.

Even if they managed to get over that hurdle, what could Russian banks do with a pool of rupees sitting in an account in India, the source asked. Indian banks do not have large rouble reserves, so could not offer a direct currency exchange.
The two smaller Indian banks that have started the process of opening accounts to settle trade with Russia in rupees are private lender Yes Bank and state-owned lender UCO Bank.

Yes Bank has tied up with the PSCB bank in St. Petersburg, the diplomatic source said. UCO Bank has obtained approval from the RBI to open a special rupee account for Russia’s Gazprombank, and its chief executive Soma Sankara Prasad told Reuters last month that it hopes to do so soon.

Yes Bank, UCO Bank, the Indian Banks’ Association and the Indian finance ministry did not reply to e-mails seeking comment.

According to government data, Indian imports from Russia hit $17.24 billion in April-August this fiscal year from about $3.2 billion a year earlier due to a sharp increase in oil purchases.

Indian exports to Russia in April-August declined to $992.73 million compared to $1.31 billion in the same period last year.