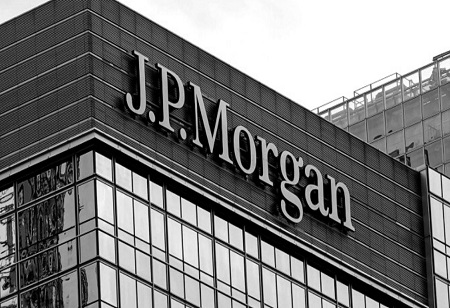 US financial services major JP Morgan has picked up over 1.16 million sq ft office space at Nirlon Knowledge Park in Goregaon suburb of Mumbai through a long-term lease of over 10 years with an option of extending the same by additional 10 years.

This is one of the largest commercial real estate transactions concluded by any multinational company anywhere in India this year.

The financial giant’s India arm, JP Morgan Services India, will be paying rentals of Rs 145 per sq ft a month for the leased office space, taking its payout in the first year alone to nearly Rs 202 crore. The lease rentals to be paid by the company across the 10-year tenure will be over Rs 2,400 crore including the rentals escalations.

The agreement between JP Morgan Services India and Nirlon provides for a rental escalation of 15% every three years. The lease tenure has five years of lock-in period.

As part of the lease, the company will also get exclusive access to a total 1,130 car parking slots, showed the documents accessed through real estate analytics firm Propstack. While JP Morgan had announced the commitment to lease this office space in 2019, the deal has been concluded and registered now.

As per the lease terms, JP Morgan Services India has picked up over 34 floors across three wings of one of the towers and also their basements.

The lease agreement’s option of total 10-year extension includes an option of two extension terms of five years each. Extension term license fees or rentals for these extensions will be determined by both the parties at least nine months prior to the expiry of license term or the first extension term.

Earlier this month, Citicorp Services India, part of Citigroup’s India franchise, also entered into an agreement to renew its lease of over 160,000 sq ft office space at Nirlon Knowledge Park.

Citicorp Services has renewed the lease for the office space spread over six floors for a term of five years with a lock-in until September 2024. Citicorp Services will be paying a rental of nearly Rs 137 crore across the total tenure of the lease, excluding rental escalations.

The commercial office segment, which was significantly impacted by the pandemic, has made a strong comeback in the last 3-4 quarters, supported by strong economic growth, increased hiring, and a return to the office trend, keeping the office sector buoyant.

The Indian office market grew substantially and delivered a strong performance in the first half of 2022. Office transactions recorded at 25.3 million sq ft, a 107% on-year growth, indicated the potential of the market on the back of a waning pandemic and the promise of a sustained economic recovery.

The IT and ITeS segments are among the prime drivers of overall leasing activity in the top cities and bulk hiring by these firms will influence demand for large quality office spaces.

New large-size leases are an indication that the market is seeing a steady recovery and confidence among occupiers with regard to the organisations’ real estate requirements is inching upward.