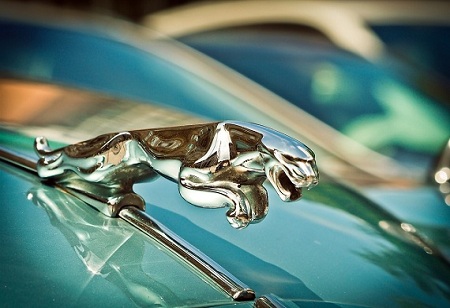 Jaguar Land Rover group has faced huge troubles this quarter and is now reeling from a $4 Billion write-down. Sources say that the JLR group has incurred a massive drop in sales in China affecting the UK facility. The Land Rover luxury SUVs and Jaguar’s sports car have seen a massive slump in China affecting the global stake of the Tata group, the owner of JLR. The news has to lead to a 30 percent knockdown of Tata stocks in the automobile sector. The Jaguar Land Rover group needs to raise a sum of $1 Billion in 14 months to replace the maturation of bonds and simultaneously feeding in funds for its Electric vehicles wing that will be surely burning the pockets of the JLR group

The main target now for the company is to raise as much as $1 Billion from other financial sources and move their focus to other bank financing and bonds. An official reported that the company is facing serious issues in predicting a bounce back as their bonds are trading below par which is ultimately leading to poor financial performance. The sales in China are reported to drop about 35 percent which has led to a massive loss of 273 million pounds which has to be repaired soon. The company’s analysts have reported a blurred picture in the recovery of sales in China and have no idea how much time it will take to reimburse targets. The board has taken a decision to raise funds on top of the loss to ultimately be at par in the market in minimal time.

The Britain’s biggest manufacturer has cut down 4500 jobs, which is almost 10 percent of the workforce, to raise 200 million pounds and looking forward to including resources of around 1.9 billion pounds under the undrawn credit facility and another 2.5 billion pounds in cash as reported by the posted numbers by the Tata Group for this financial quarter.

Analysts report the reason for their losses to be their ineffective dealer network in China. The buying cities like Shanghai and other tier-one cities in China just have 18 percent of dealers in the whole country making the overall market slow and rather ineffective. JLR reports that the opening of a dealership in China has been raised more than one-third within a period of 3 years which is also a reason for the ineffective placement of dealers in China. The company is planning to reduce stocks in China and invest in publicizing their slogan in China until sales top up at par for now.

JLR is also having further troubles in their home turf as well. The company reports having an unfavorable outcome in Brexit. Car sales are depressing there as well and the company’s board says that recovery will take place soon but unsure of when exactly it will happen due to international trade tensions.

Jaguar Land Rover has a chance to boost sales with its revamped Range Rover Evoque, and their latest offering, the 2019 Range Rover SVAutobiography, which has also been introduced in India recently. These have huge potential to grow sales in fiscal 2020. The company is also focusing on other markets to generate revenue and boost sales as fast as possible. Reeling a $4 Billion will not be easy but the group is trying to recover themselves in a short duration. Meanwhile, the company is also fixing the issues leading to suppressing sales globally to ultimately meet their targets.

A similar blowout occurred last year when the debt in Europe became riskier when the volatility of the market had swept through the entire auto sector. JLR reported very few sales of junk debt, last quarter in Europe. The company needs to bounce back from the crisis and it will have to be done shortly.