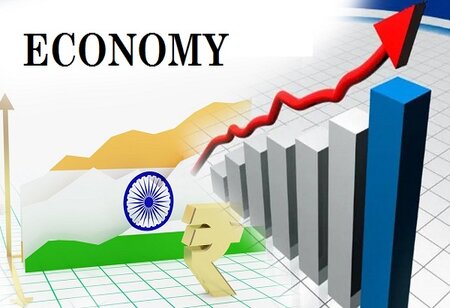 Indian economy is likely to cross $5 trillion in 2026-27 and likely to become $20 trillion by 2040, Chief Economic Advisor V Anantha Nageswaran said on Wednesday.

Addressing an event organised by the Department of Economic Affairs, Nageswaran said that the structural reforms of Prime Minister Narendra Modi government, such as the Goods and Services Tax (GST) and the Insolvency & Bankruptcy Code (IBC) will manifest their advantages and potential in the coming decade, once the current clouds of global political developments and macro monetary policy challenges dissipate.

The CEA underlined that for these reasons India is forecasted by the International Monetary Fund (IMF) to cross $5 trillion by 2026-27. "If GDP of the country doubles every 7 years, we will be $20 trillion GDP by 2040 with the per capita income close to $15,000," he said.

Nageswaran stated that India is better positioned than many other countries in facing the current challenges.

"We face challenges of managing a sustainably high growth rate, moderate inflation, keeping the fiscal under balance and also ensuring that the external value of the rupee remains stable," he said.