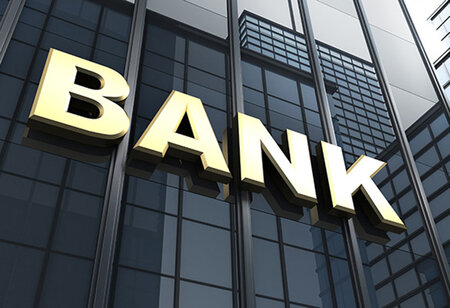 Indian banks including Canara Bank, Bank of Maharashtra and UCO Bank are likely to join hands with Russian banks that are not under Western sanctions to facilitate bilateral payments, said people familiar with the matter.

These Indian banks will likely open accounts at their Russian counterparts and vice versa, as decided last week in meetings held in New Delhi to ensure smooth trade flows without violating the economic sanctions on Russia over the Ukraine war. The Reserve Bank of India is expected to come out with an operational circular, paving the way for this. Such accounts, held by one bank in another in a foreign country are known as Loro, Vostro and Nostro.

The RBI did not reply to ET's email seeking comment. The banks could not be contacted immediately.

"While Indian authorities have shown unprecedented seriousness to expand bilateral trades, the Russian delegation ensured every possible measure to promote trade relations," said an executive who participated in the meetings.

In the last week's meetings, officials from the Indian government, the RBI and the Bank of Russia, as well as bankers from both sides were present, as ET reported on June 15.

State Bank of India and IndusInd Bank too participated at the meeting.

From the Russian side, nearly a dozen banks that are not under sanctions held discussions with the Indian regulators, banks and government officials. These banks included Petersburg Social Commercial Bank, Zenit Bank, Tatsotsbank, CentroCredit Bank, Bank Soyuz, MTC Bank and Gazprombank, as per a list ET has seen.

If these banks from both sides start engaging bilaterally, banking transactions can take place in any currency: the dollar, euro, rupee or the rouble.

A proposal of paying Russians in rupees was also discussed. Some members of the Russian delegation said such transactions were possible, but requested the RBI to permit them to invest the same rupees in Indian assets.

"If they cannot convert the rupee into rouble immediately, those Russian banks can invest in Indian financial assets via a dedicated route to earn yield on the idle money," said another executive.

There are about 450 small banks in Russia that form less than one-fifth of the local banking assets/liabilities there. After the start of the Ukraine war, the Western world imposed economic sanctions on nine large banks, which contribute the rest four-fifths of the banking industry. The sanctions have firewalled Moscow access to the globally used SWIFT banking platform, which in turn upset the payment network for those lenders.

Russia has overtaken Saudi Arabia to become India's second biggest supplier of oil behind Iraq, as refiners sought Russian crude available at a deep discount amid the ongoing war with Ukraine.

The discount factor works well with North Block, which is battling soaring import bills that may push India's current account deficit to over 3% of GDP in FY23, according to projections by economists.

Russia's share in India's oil purchases reportedly rose to 18% at about 8,19,000 barrels a day in May, according to a report by the Centre for Research on Energy and Clean Air.

The meetings of the banks were aimed at shortlisting bilateral payment options to ensure smooth trade flows, without violating global sanctions.

Large Russian lenders including Sberbank, VTB Bank and VEB, which are under sanctions, also attended the meetings.

India had a trade deficit of $6.61 billion with Russia in the year ended March 2022, with total bilateral trade at $13.1 billion. In the first three months of the current fiscal year FY23, India's trades - both imports and exports - are said to have gone up sizably.