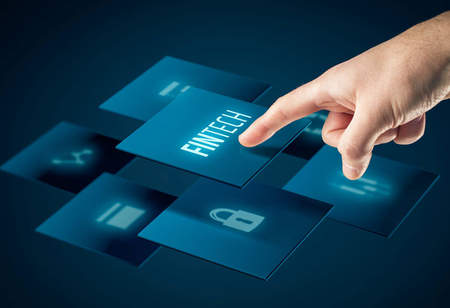 The government's various proposals have led to fast growth in the fintech sector, which is expected to triple to Rs 6,20,700 crore in value terms by 2025, Minister of State for Finance Bhagwat K Karad said on Wednesday.

Highlighting that India is a leader in adopting financial technology amid emerging markets, he said, the country had an adoption rate of 87 per cent in March 2020, as compared to the global average of 64 per cent.

"In 2019 India's fintech market was valued at Rs 1,920 billion. By 2025, it is expected to grow into a Rs 6,207 billion market. Skilled workforce and technological enormity in India makes it a great destination to develop financial technology," he stated while addressing a virtual event organised by Assocham.

India provides a great ecosystem for Fintech development like access to bank accounts under the PM Jandhan Yojana, digilockers and scalable platforms consisting of UPI.

"The government is making efforts to build a strong and safe technology ecosystem and we are confident that the public private partners will increase financial inclusion and provide modern financial services for all Indians," he stated.

Observing that modern technology can be the most powerful tool to increase financial inclusion, he said, it has been demonstrated throughout the pandemic period as seamless cash transfers into crores of accounts were done with a click of a button.

Financial Inclusion has also played an important role during the pandemic for cash transfer to poor and vulnerable sections of society, he further said.