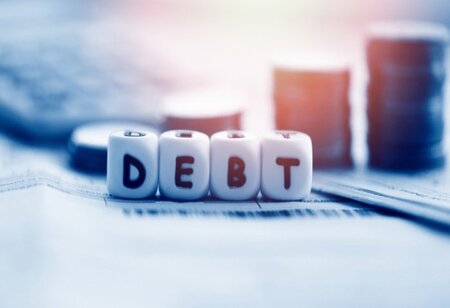 Valuation loss due to the depreciation of the US dollar NSE 2.63 per cent Indian rupee and major currencies such as euro, SDR and pound sterling was placed at USD 6.8 billion.

"Excluding the valuation effect, the increase in external debt would have been USD 4.7 billion instead of USD 11.5 billion at end-March 2021 over end-March 2020," stated the RBI. Commercial borrowings remained the largest component of external debt, with a share of 37.4 per cent, followed by non-resident deposits (24.9 per cent) and short-term trade credit (17.1 per cent). Long-term debt with an original maturity of above one year was placed at USD 468.9 billion, recording an increase of USD 17.3 billion over its March-end 2020 level.

The borrower-wise classification shows that the outstanding debt of both government and non-government sectors increased by March 2021. The instrument-wise classification shows that the loans were the largest component of external debt, with a share of 34.8 per cent, followed by currency and deposits (25.2 per cent), trade credit and advances (17.6 per cent) and debt securities (17 per cent).

The RBI further added that debt service (principal repayments plus interest payments) increased to 8.2 per cent of current receipts at March-end 2021 as compared to 6.5 per cent in March 2020, reflecting higher repayments and lower current receipts.