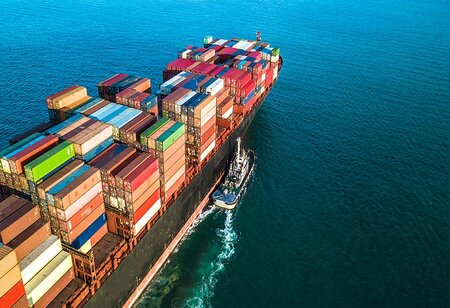 India’s total exports, including goods and services, in May grew 24% over a year ago to $62.21 billion, but the trade deficit also rose sharply to $15.44 billion in the month when compared to a $1.38 billion trade surplus in the same month last year on the back of a 59% spike in imports to $77.65 billion, according to official data.

According to experts, the high trade deficit in May was on account of higher merchandise imports in terms of value due to global supply chain disruptions, inflation and domestic manufacturers building inventories to secure themselves from future supply shocks.

Provisional data released by the commerce ministry on Wednesday showed unprecedented growth in imports of key inputs such as energy and precious metals, necessary for domestic manufacturing and exports. Gold import in May saw 789% year-on-year growth to $6 billion, coal (173% to $5.42 billion), petroleum (103% to $19.2 billion), and silver (2,800% to $446 million).

Higher services exports at $45.87 billion in May compared to $28.48 billion imports helped bring down the overall trade deficit, which also signified rapid recovery in services segment that was badly hit by Covid-19 pandemic.

May saw merchandise exports of $38.94 billion (20.55% y-o-y growth) and imports of $63.22 billion (62.83% y-o-y jump), according to the data. The highest growth in exports in the month was for petroleum products ( $8.55 billion, a 60.87% jump over $5.31 billion in the same period last year) because many domestic refiners are exporting automobile fuels overseas for better price realisation. There was also growth in electronic goods, leather products, coffee, cereal preparations, and oil meals.

India’s overall exports (merchandise and services combined) in April-May are estimated to be $124.59 billion, a growth of 25.90% over the same period last year, the commerce ministry said in a statement. The data is provisional because services trade figures are extrapolations.

“The data for May 2022 is an estimation, which will be revised based on RBI’s subsequent release,” the ministry said in a statement.