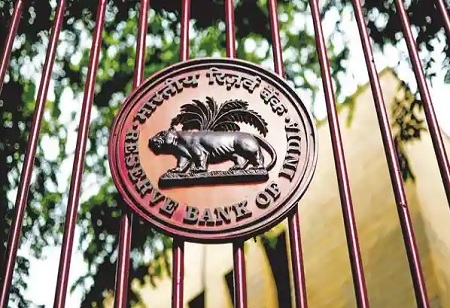 There should be “an incremental target for green finance over short, medium and longer term towards certain identified sectors," the Reserve Bank of India said in a discussion paper released Wednesday. These targets should be reviewed annually.

The push by the regulator comes as India became the last among the world’s biggest economies to promise a zero greenhouse gas emission target. In November last year, the nation pledged to cut its emissions to net zero by 2070 -- nearly two decades behind developed countries like the US and UK.

Banks need to put in place a mechanism at the board level for overseeing climate-risk initiatives, the discussion paper said, adding that targets must be set for investment for sustainable finance. The RBI has sought comments on the paper from stakeholders by Sept. 30.

The banking regulator also suggested that financial institutions integrate climate risk as part of their due diligence process, and assign a ‘climate-risk rating’ for customers having material exposure. High-risk ratings should be periodically monitored, the RBI discussion paper said.

India had committed to meet three broad objectives in the Paris Agreement -- reduce carbon intensity by 45% by 2030, meet 50% of its energy needs through non-fossil sources by 2030, and expand the carbon sink through additional forest and tree cover by the same year.

Climate related disclosures can be made annually, and a “comply-or-explain" approach can be adopted considering the scale and materiality of risks to businesses, the draft said.