India on course for a double digit growth in FY22 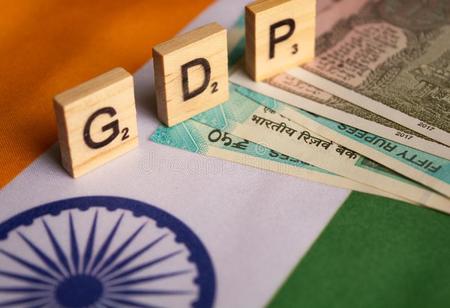 India's GDP growth rate for FY22 is likely to be in double digits on the back of robust performance of country's tradables sector and a much smaller-than-expected decline in services activity due to pandemic disruptions this year, according to report by Barclays.

The report authored by Barclays chief India economist Rahul Bajoria has projected upside risks to its FY 2021- 22 GDP projection of 9.2 per cent and says that if all its forecast is realized, GDP growth could be close to double digits for the current fiscal year.

The banker's projection on India's FY22 GDP is close to RBI's which had retained GDP forecast for the year at 9.5 per cent.

"India's second COVID-19 wave acted as a stumbling block to the robust recovery that was underway. Still, the economic damage appears to be less than previously expected. With the second outbreak brought under control, a rapid recovery appears underway," Bajoria wrote in his report.

Based on this assessment, Barclays has forecast India's economy expanded 21.2 per cent y/y in Q2 21 (April-June, or Q1 of fiscal year 2021-22), as a low base and a much smaller loss of activity due to the second COVID wave pushed growth to an all-time high for a single quarter.

The country's April-June GDP data, scheduled to be released on August 31, will show a clash of two contrasting themes, Barclays said adding that although sequential momentum slowed due to COVID outbreak, the robust performance of India's tradables sector and a much smaller-than-expected decline in services activity should support much faster GDP growth than previously expected.

"Looking at the details, we believe y/y growth in the rural sector is likely to slow modestly in Q2, as the second wave spread deep into the rural countryside. As such, rural consumption showed clear signs of slowing during the quarter, with weaker sales of fertilizer and two wheelers, and an increase in the rural unemployment rate during the quarter. On the other hand, we expect output in the mining sector to improve modestly," the report said.

"The manufacturing and construction sectors are likely to lead the recovery, as consumption of steel and cement remained robust, driven by both higher government spending and export demand. The easing of curbs on movement, especially for businesses, has boosted exports to record highs, while weak domestic demand has stunted imports."

Bajoria said that Government expenditures fell short of total revenue collections, but this will not weigh too much on activity. Moreover, within services, the low year-earlier base is likely to offset a sequential loss of momentum, as public transport services, fuel demand and financial services likely experienced some loss of activity erosion during the short but intense second COVID outbreak. Still, these sectors are rebounding quickly and should add more meaningfully to growth in Q3 GDP, Barclays said.

Despite continued expansive government expenditures, we expect output in the public administration sector to contract y/y, as a large of share of the spending is transfer payments, which will not contribute to GDP, the report said.