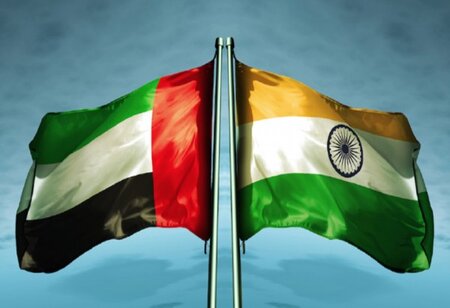 India, which is currently negotiating about half-a-dozen free trade agreements and is set to sign the first such bilateral pact with the United Arab Emirates (UAE) during the virtual summit Friday, with adequate protections for domestic industry.

The comprehensive economic partnership agreement (CEPA) with the UAE will have clauses protecting the interests of domestic industries and providing them a gateway to markets in West Asia and Africa, three people aware of the matter said.

“Negotiations for CEPA were launched in September 2021 and have been completed,” the external affairs ministry said in a statement announcing the virtual summit between Prime Minister Narendra Modi and Abu Dhabi’s Crown Prince, Sheikh Mohamed bin Zayed al Nahyan. “The agreement will take India-UAE economic and commercial engagement to the next level. [The] UAE is India’s third largest trade partner, and bilateral trade and investment ties are expected to see significant enhancements,” the ministry added.

India is negotiating free trade agreements (FTAs) with the UK, Australia, European Union (EU), Canada and Israel, and all of them have negative lists of items where limited or no tariff concessions will be granted. This will be done to protect the interests of domestic industry, the three people said, requesting anonymity.

The CEPA with the UAE will be the second major trade deal after the India-Mauritius comprehensive economic cooperation and partnership agreement (CECPA) signed in February 2021, one of the people said. “The India-UAE agreement is of strategic significance for both partners. We see a potential of $100 billion in bilateral trade in five years. It is a win-win for both,” he added. During the virtual summit, Modi and Sheikh Mohamed bin Zayed are expected to lay out their vision for the relations between the two sides at a time when India is celebrating 75 years of independence and the UAE the 50th anniversary of its foundation. The leaders will also discuss bilateral cooperation and regional and international issues, the external affairs ministry said.

Both countries collaborated closely during the pandemic in the critical areas of healthcare and food security.

Ajay Sahai, director general and CEO of the Federation of Indian Export Organisations (FIEO), said: “The UAE is India’s second largest export destination, next only to the US and the growth of our exports to the UAE has been very encouraging. In the first nine months of the current financial year, our exports to the UAE have already crossed $25 billion.”

As per official data, the trade balance is, however, tilted in favour of the UAE, with imports (India buys a lot of crude oil from the UAE) surpassing the $43-billion mark during January-December 2021.

Sahai said the CEPA will facilitate greater access for Indian exports to other Gulf Cooperation Council markets as they follow the same technical standards as the UAE. “The UAE is also a re-distribution centre and a financial hub. Much of the exports to Africa are routed through Dubai,” he said.