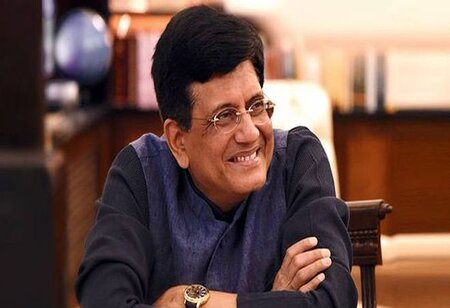 India has the potential to attract an annual FDI in the range of $120-$160 billion by 2025, said the Minister for Commerce and Industry, Consumer Affairs, Food and Public Distribution and Textiles, Piyush Goyal on Tuesday.

Speaking at the second edition of the CII National Conference on MNCs, 2021 via video link, he said: "We have the potential to attract an annual FDI in the range of $120- $160 billion by 2025." "Last seven years we've seen a record FDI, each year breaking the previous record for seven years in a row."

According to the minister, the Centre has introduced several key policy and business reforms for improving the investment climate.

"The closest and most recent decision like the privatisation of Air India which was successfully bid by the Tata group, the removal of that very, very unfortunate 'Retrospective Tax' which has, I believe, cost us dear in terms of investment climate for many years, the kind of reforms in 'Mining', in the 'Coal' sector, ones that we are hoping to do in 'Power', the huge 'Renewable Energy' growth story in India, all of these things, I think, encourage us to look for a brighter future."

In addition, Goyal said the 'National Single Window System' (NSWS) has been launched to serve as a one-stop-shop for approvals and clearance needed by investors.