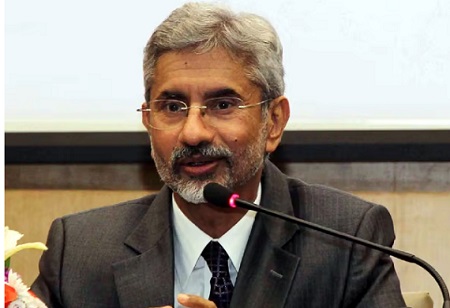 Being a trusted partner in the journey of socio-economic development, India has extended concessional loans of over $12.3 billion to Africa, External Affairs Minister S. Jaishankar said on Tuesday.

The country has also granted $700 million of grant assistance, the minister said in his address at the 17th CII-EXIM Bank Conclave on India-Africa Growth Partnership.

He said that since post-colonial reconstruction is the shared goal of India and African countries, it is only to be expected that development partnership would have primacy in India's Africa policy. "This has been the centerpiece of the India-Africa Forum Summit (IAFS) that first commenced in 2008. Since then, the IAFS process has expanded very significantly both in scope and complexity of projects," Jaishankar said.

He noted that particularly after 2015, the intensified engagement underlines Prime Minister Narendra Modi's personal commitment to greater equity and sustainable development. "We have completed 197 projects so far, 65 more are currently under execution and 81 at the pre-execution stage," Jaishankar added.

He asserted that India's development projects in various sectors such as drinking water schemes to irrigation, rural solar electrification, power plants, transmission lines, cement, sugar and textile factories, technology parks and railway infrastructure have generated local employment and changed the life of many people in Africa.