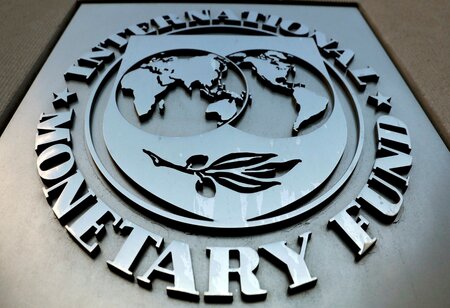 The International Monetary Fund (IMF), in its latest World Economic Outlook report, has slashed its forecast for India’s FY23 gross domestic product growth to 8.2 per cent from 9 per cent, stating that higher commodity prices will weigh on private consumption as well as investment. This was one of the steepest cuts for emerging economies compared to the IMF’s January WEO forecasts.

Saying that global economic prospects have worsened significantly due to commodity price volatility and disruption of supply chains caused by the war in Europe, IMF cut its global growth outlook for calendar year 2022 to 3.6 per cent from 4.4 per cent, and said both Russia and Ukraine could experience large GDP contractions.

The multilateral institution cut the calendar year 2022 (or fiscal year 2022-23 in case of India and some other nations) GDP forecast for almost all developed and emerging economies. “Notable downgrades to the 2022 forecast include Japan (0.9 percentage point) and India (0.8 percentage point), reflecting in part weaker domestic demand — as higher oil prices are expected to weigh on private consumption and investment — and a drag from lower net exports,” the IMF said in its latest WEO report.

It also expected India’s FY23 current account deficit to be 3.1 per cent, compared with 1.5 per cent expected for FY22. There was also a cut in India’s FY24 GDP growth forecast to 6.9 per cent from 7.1 per cent estimated in IMF’s January report.

The IMF’s projection of India’s retail inflation is now at 6.1 per cent, higher than the Reserve Bank of India’s (RBI’s) forecast of 5.7 per cent.

The IMF said that compared with its January WEO report, “The outlook has deteriorated, largely because of Russia’s invasion of Ukraine — causing a tragic humanitarian crisis in Eastern Europe — and the sanctions aimed at pressuring Russia to end hostilities.”