Icra projects the GDP growth at 8.5 percent in FY22 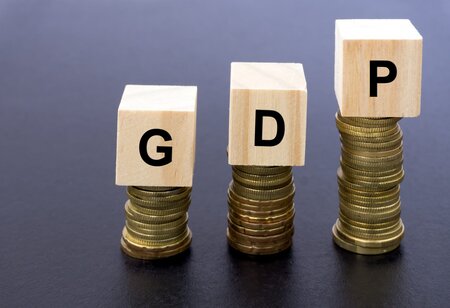 With decline in the number of fresh COVID-19 cases and easing of restrictions, the country’s gross domestic product (GDP) will grow at 8.5 per cent in FY2021-22, according to credit rating agency Icra Ratings. It expects the gross value added (GVA) at basic prices (at constant 2011-12 prices) to grow at 7.3 per cent in FY2022.

“The impact of the second wave of COVID-19 and the ensuing state-wise restrictions was seen across a variety of high frequency indicators in April-May 2021. Now that the fresh cases have moderated, and restrictions are being eased, we have placed our baseline GDP growth forecast for FY2022 at 8.5 per cent,” ICRA Chief Economist Aditi Nayar said.

Icra said if vaccine coverage is accelerated following the re-centralised procurement policy, the GDP expansion in FY2022 may be as high as 9.5 per cent, with a widening upside in Q3 and Q4 of FY2022.

In FY2020-21, the country’s GDP contracted by 7.3 per cent. Last week, the Reserve Bank of India (RBI) had projected real GDP growth at 9.5 per cent in 2021-22. For the full year, it expects the GDP growth to exceed the GVA growth by 120 basis points (bps), based on the expectations related to the value of taxes on products and subsidies on products in FY2022.

It has taken into account the likely higher outgo towards food subsidies by the government in FY2022, relative to the budgeted level, following the decision to provide free food grains in May-November 2021.

The agency has excluded the impact of the release of food subsidy arrears in FY2021, based on the clarification provided by the National Statistical Office (NSO).

The rating agency expects a prolonged negative impact of the second wave on consumer sentiment and demand, with healthcare and fuel expenses eating into disposable income, and less pent-up/replacement demand in FY2022 relative to FY2021.

Notwithstanding the expectation of a normal monsoon buffering the prospects for crop output and less reverse migration in 2021 compared to 2020, it expects the combination of the sharp rise in rural infections, loss of employment as well as remittances to weaken the rural sentiment and demand.

“After the satiation of the pent-up demand seen during the festive season in 2020, purchases of consumer durables may be restricted, which would impact capacity utilisation in FY2022,” it said.

It said even as the second wave of COVID-19 infections in the country has dampened the near-term outlook for the Indian economy, vaccine optimism has led global commodity prices to soar.

The agency expects subdued domestic demand to constrain pricing power, squeezing margins in many sectors. With the CPI and WPI inflation expected to average 5.2 per cent and 9.2 per cent, respectively, the agency expects the nominal GDP to expand by 15-16 per cent in FY2021-22.