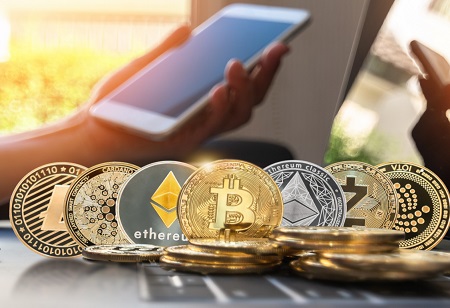 Amid the heightened uncertainties around cryptocurrencies, the Internet and Mobile Association of India (IAMAI) on Thursday announced to dissolve the Blockchain and Crypto Assets Council (BACC).

The association created and nurtured BACC for four years.

The IAMAI said that it was forced to take the decision in light of the fact that a resolution of the regulatory environment for the industry is still very uncertain.

Several crypto lending and trading platforms have filed for bankruptcy, laid off employees and frozen withdrawals, deposits and other transactions on their platforms, and cryptocurrencies crash in the global economic meltdown.

The association said in a statement that it would like to utilise its limited resources for other emerging digital sectors, which make a more immediate and direct contribution to digital India, notably, deepening financial inclusion and promoting Central Bank issued Digital Currency (CBDC).

"As an industry we will continue to positively engage with all stakeholders and continue to build emerging tech including Web 3.0," said Ashish Singhal (CEO of CoinSwitch) and Sumit Gupta (Co-founder and CEO of CoinDCX), Chair and Cochair of the BACC.

The BACC members were advised that IAMAI will continue to support activities of the BACC till the end of the month to ensure smooth and proper transition of the sector as well as closure of the ongoing projects.

Popular crypto tokens such as Bitcoin and Ethereum nosedived by nearly 70 per cent from their record highs amid the economic meltdown.