How are Chief People Officers different than HR Professionals? 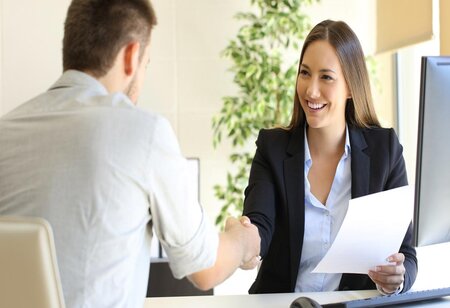 New hiring, policy revisions, and operational improvements all benefit from effective human resource management. Both Chief People Officers and HR Officers are responsible for hiring new workers, strategizing employee development, and adjusting company policies. Knowing more about these roles might help you better understand how they impact your business.

While some companies have renamed their Chief Human Resources Officer (CHRO) to Chief People Officer (CPO), this transition is typically based solely on the name change, and not on the larger cultural and contextual adjustment that is required. Basically, it's a shift from being an administrative leader to being in charge of the organization's most important asset (people). Although it may seem evident, there are several subtleties to its evolution that warrant more investigation. In order to better understand these positions, let's take a closer look at them by understanding the job description of Chief People Officers and Chief HR Professionals.

Role of Chief HR Officer
Talent management and performance monitoring are the primary responsibilities of a chief human resources executive. As a result, they oversee all new hiring, employee growth, policy changes, and training sessions, all in an effort to help the company reach its business objectives. Human resources departments are led by the Chief HR Officer, who communicates the department's goals and difficulties to the rest of the organization. Long-term projects like infrastructure development or advertising and promotional partnerships benefit from their framework. Most Chief Human Resource Officers (CHROs) have focused predominantly on the transactional aspects of Talent, Process, Compliance, and Regulation (CPCR), overlooking the need for long-term, strategic planning. People in leadership positions tend to be treated more as supervisors than as full members of the team.

Role of Chief People Officer
The chief talent officer (CTO) is a human resources manager who develops strategies for attracting and retaining talented new employees. Additionally, they create recruitment plans for specific positions in the firm. It's possible that they will devise protracted objectives for filling important roles in the organization, such as those of department manager, quality assurance leader, or chief human resources officer. Even whole divisions may be restructured for a quarter to reshape the organizational mission through the recruitment of new employees.

Chief people officers are also in charge of fostering professional growth inside their organizations' various divisions. Each month, they create new training plans for their management to deploy. CPOs may assess procedures and offer new strategies for managers to apply in the development of a growing division.

Listed below are some of the key differences between the jobs: -

1. The primary emphasis of chief people officers is on the people working in a certain organisation. In an effort to boost a department's output, they coordinate the hiring of new employees for certain roles. Chief HR officers, on the other hand, employ people for a variety of additional roles and purposes. As opposed to employing normal departmental employees, they plan campaigns to fill high-level roles and aren't as active in the recruiting cycle as chief people officers do.

2. Changes in rules and new employees are overseen by chief people officers in one or more divisions. They don't interact with many people outside of their own departments, and they seldom conduct new hiring meetings for roles above managerial level. Chief Human Resources Officers, on the other hand, manage all of the company's divisions and are free to propose substantial changes in policy. It is possible for them to interact with members of a company's board of directors as well as other upper-level managers.

3. Instead of overseeing numerous divisions, chief people officers work exclusively at the divisional level. They often have the power to make policy changes, recruit new employees, and distribute responsibilities only inside their own division. Chief HR officers, on the other hand, have a greater say in company policy since they place a greater emphasis on corporate objectives than on the needs of specific departments or individuals.