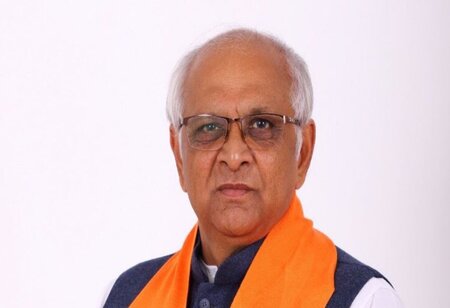 Gujarat chief minister Bhupendra Patel has invited global and domestic industries to Gujarat and has said that Gujarat is ready to help companies relocate their businesses in the post-pandemic world and is offering a conducive investment climate and opportunities.

Patel was addressing a road show organised in Mumbai ahead of the 10th edition of Vibrant Gujarat Global Summit. The main event is scheduled to begin on January 10, 2022. It will go on for three-days.

Patel during the meeting highlighted that the state is committed to all-round holistic development and conducive environment since the last two-and-a-half decades. He said that the state government is becoming the role model for global development. He also pointed out the dominance of Gujarat as the nation's most-preferred investment destination across the globe.

Gujarat is aiming to attract more investments in sectors such as next-generation infrastructure, energy, digital network, fintech, start-up, e-vehicles, research and development, and tourism, among others, the chief minister said, according to a release.

He also extended his invitation to financial institutions, fintech companies and start-ups to invest and open businesses in Gujarat’s GIFT city. The state’s additional chief secretary (Industries) Rajiv Gupta said Gujarat contributes to 37.5% in GDP as against the national average of 17%. Industry body CII is the event’s national partner.