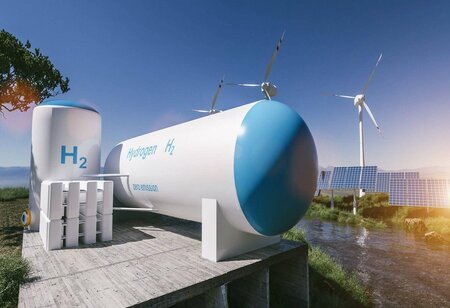 The union government has notified the green hydrogen policy in a bid to accelerate shift away from the fossil fuels, according to an official statement.

The policy aims to aid the government in meeting its climate targets and making India a green hydrogen hub. This will also help in meeting the target of production of 5 million tonnes of Green hydrogen by 2030 and the related development of renewable energy capacity, the ministry of power said in a statement.

Under the new proposed policy, the government has announced a waiver of inter-state transmission charges for a period of 25 years to manufacturers of Hydrogen and ammonia for the projects commissioned before 30 June 2025.

In addition to free inter-state transmission, the government will help producers tap the networks of provincial utilities in a non-discriminatory way. It will also facilitate the banking of clean electricity with state distributors for 30 days, a system under which clean power producers can store surplus output with another utility to be used later, the statement said.

The manufacturers of hydrogen and ammonia may also purchase renewable power from the power exchange or set up renewable energy capacity themselves or through any other, developer, anywhere.

Open access will be granted within 15 days of receipt of application. The green hydrogen manufacturer can bank his unconsumed renewable power, up to 30 days, with distribution company and take it back when required.

The power ministry said distribution licensees can also procure and supply renewable energy to the manufacturers of green hydrogen and green ammonia in their states at concessional prices which will only include the cost of procurement, wheeling charges and a small margin as determined by the state commission.

The implementation of policy will provide clean fuel to the common people and will reduce dependence on fossil fuel and also reduce crude oil imports, the power ministry said, adding that the objective also is for our country to emerge as an export hub for hydrogen and ammonia.