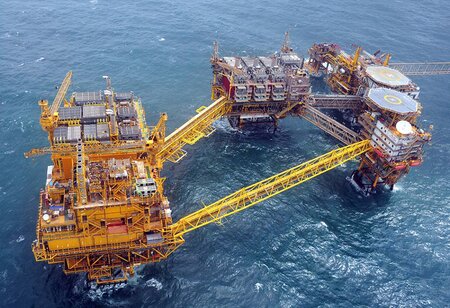 The petroleum ministry has told ONGC to give away 60 percent stake plus operating control in India's largest oil and gas producing fields of Mumbai High and Bassein to various foreign companies, according to an October 28th letter to the state-owned company.

Amar Nath, additional secretary (exploration) in the Ministry of Petroleum and Natural Gas, wrote a 3-page letter to ONGC Chairman and Managing Director Subhash Kumar, saying productivity of the Mumbai High and Bassein & Satellite (B&S) offshore assets under state-owned firm was low and international partners should be invited and given 60 per cent participating interest (PI) and operatorship.

This is the second time since April that Nath, who is part of the ONGC management as the longest-serving government nominee director on its board and often considered a potential candidate to replace Kumar next year, has written an official letter, painting a poor picture of the company's performance.

According to the October 28 letter, reviewed by PTI, he said the redevelopment projects will raise recovery of the mature and continuously declining Mumbai High field from 28 per cent to 32 per cent, "which is quite low".

"The field has substantial potential to contribute to domestic production," he said adding the infrastructure such as pipelines and platforms on the fields are "ageing and leaking and need replacement/revamping".

"The ONGC will, however, find this challenging as its improvement/development projects have lagged behind schedule. Procedural aspects and other constraints will not encourage ONGC to take quick decisions," he said.

The company "should bring a joint venture partner of international experience and farm out 60% PI and operatorship of the field," he wrote.

While projects on B&S Assets, which encompasses Bassin field--the largest gas producing field in India, envisage raising recovery factor to 70% from the current low of 45%, "ONGC can plan for a substantial increase from this field" and "can provide an entry point to international players to India to invest in gas and energy infrastructure," he wrote.

"ONGC should plan to invite experienced international partners and give 60% PI and operatorship," he added.

Mumbai High, which was discovered in 1974, and B&S, which was put into production in 1988, are Oil and Natural Gas Corporation's (ONGC) mainstay assets, contributing two-thirds of its current oil and gas production. Without these assets, the company will be left with only smaller fields.

However, such a move would entail ONGC having to pay GST every time it would hire a rig or any other service from the hived off unit.

Nath had on April 1 written to Kumar to sell stake in producing oil fields such as to Ratna R-Series to private firms, get foreign partners in KG basin gas fields, monetise existing infrastructure, and hive off drilling and other services into a separate firm to raise production.

He gave a seven-point action plan, 'ONGC Way Forward' to Kumar, who had taken over as the head of the company on that day.

The action plan, reviewed by PTI, called on ONGC to consider the sale of stakes in maturing fields such as Panna-Mukta and Ratna and R-Series in western offshore and onshore fields like Gandhar in Gujarat to private firms while divesting/privatising 'non-performing' marginal fields.

It wanted ONGC to bring in global players in gas-rich block KG-DWN-98/2 where output is slated to rise sharply by next year, and the recently brought into production Ashokenagar block in West Bengal. Also identified for the purpose is the Deendayal block in the KG basin which the firm had bought from Gujarat government firm GSPC a couple of years back.

The two letters by Nath are the third attempt by the oil ministry to get ONGC to privatise its oil and gas fields under the Modi government.