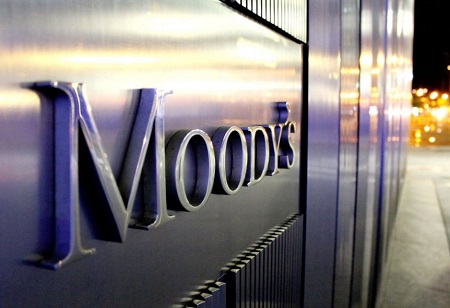 Moody’s Analytics on Monday lowered its global economic growth forecast to 2.7% for 2022 from the 4.2% forecast in January, citing rising stagflation risks worldwide. The global environment has become more fragile as record-high inflation continues to gain momentum and growth decelerates, it said.

In its report Global Outlook: Global Economy on Edge, Moody’s Analytics cautioned that while it has projected that the global economy will grow in 2022, any policy missteps or additional risks would increase the threat of a global recession in the next 12 months above its current assessment.

“Stagflation risks have risen worldwide, but a stagflationary environment would take months to be realised…Business sentiment remains muted and is consistent with a global economy that is just avoiding recession," the agency said in a report.

The negative supply shock from the outbreak of the Russia-Ukraine war remains the dominant risk to global growth this year, it pointed out. “However, mounting geopolitical tensions in Taiwan, lockdowns in China, the cost-of-living crisis, rising borrowing costs, and the threat of energy shortages in Europe highlight the fragility of the global economy," the report said.

Performance remains uneven among the world’s major economies including the US, China, Japan, India, and the The negative supply shock from the outbreak of the Russia-Ukraine war remains the dominant risk to global growth this year five largest economies in Western Europe, it said. “Outcomes will continue to diverge through 2023 because of differing trade and investment linkages to Russia and Ukraine, particularly in relation to energy products," according to the report.

The accelerating inflation throughout the globe has increased stagflation risks, but a stagflationary environment would take months to be realised and its likelihood varies by region and by country.

Most major economies satisfy some of these criteria, primarily those related to price pressures, but the labour market weakness and overall persistence have not been observed, it noted.

Europe would be highly susceptible to stagflation, with the UK having greater risks overall in the region, according to the report.