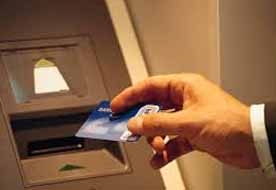 Indian banking and securities companies will spend 469 billion rupees on IT products and services in 2014, an increase of more than 10 percent over 2013 revenue of 427 billion rupees, according to Gartner, Inc. This forecast includes spending by financial institutions on internal IT (largely personnel), hardware, software, external IT services and telecommunications.

IT services is the largest overall spending category at almost 155 billion rupees in 2014 (33 percent of the entire enterprise IT market) which confirms the interest of the banking industry for IT services which is becoming a leading industry in the country.

However, software is forecast to achieve the highest growth rate amongst the top level IT spending categories – at about 16.7 percent in 2014 – which will slow down in the following years compared to the IT services market.

“New bank licenses will be soon granted by RBI. This will trigger a new wave of IT spending across the country as RBI’s goal is to reach a higher local penetration for banking services, and this means more branches,” said Vittorio D’Orazio, research director at Gartner. “Front-office technologies, such as branch-related hardware and software, will be the sweet spot, as well as new channels such as mobile and ATMs/kiosks.”