FPIs pour Rs 2,085 crore into equities in first half of August 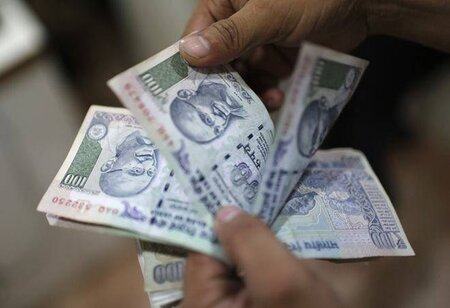 Foreign portfolio investors (FPIs) have bought Indian equities worth Rs 2,085 crore with in the first half of the month of August owing to the improvement in the economic activity. As per depositories data, overseas investors pumped in a net Rs 2,085 crore between August 2-13.

During the same period, they pulled out a net Rs 2,044 crore from the debt segment. The inflows in August can be attributed to an improvement in economic activity in the domestic market, even though concerns over the third wave of Covid-19 lingers globally, as per Shrikant Chouhan, executive vice president, equity technical research, Kotak Securities.

The small figure indicates lack of conviction on the part of FPIs, said VK Vijayakumar, chief investment strategist at Geojit Financial Services. FPIs were sellers in financial services and IT in July, he added. Since markets are at record highs with stretched valuations, some profit booking by FPIs can be expected, going forward, Vijayakumar further said.
With respect to other emerging markets, Chouhan said flows in South Korea, Thailand and Taiwan continues to be in the negative to the tune of $1,906 million, $362 million and $184 million, respectively.

On the other hand, Indonesia and the Philippines reported FPI inflows to the tune of $5 million and $8 million, respectively. “FPI flows in India is expected to be volatile, given the concern pertaining to the pandemic third wave and Federal Reserve’s plans to eventually taper its asset purchases,” Chouhan said. As per depositories data, foreign portfolio investors (FPIs) pumped in a net. Rs 2,085 crore between August 2-13. In the same period, they pulled out a net Rs 2,044 crore from the debt segment. Despite the inflows, analysts warned of lingering concerns over the third wave of Covid-19