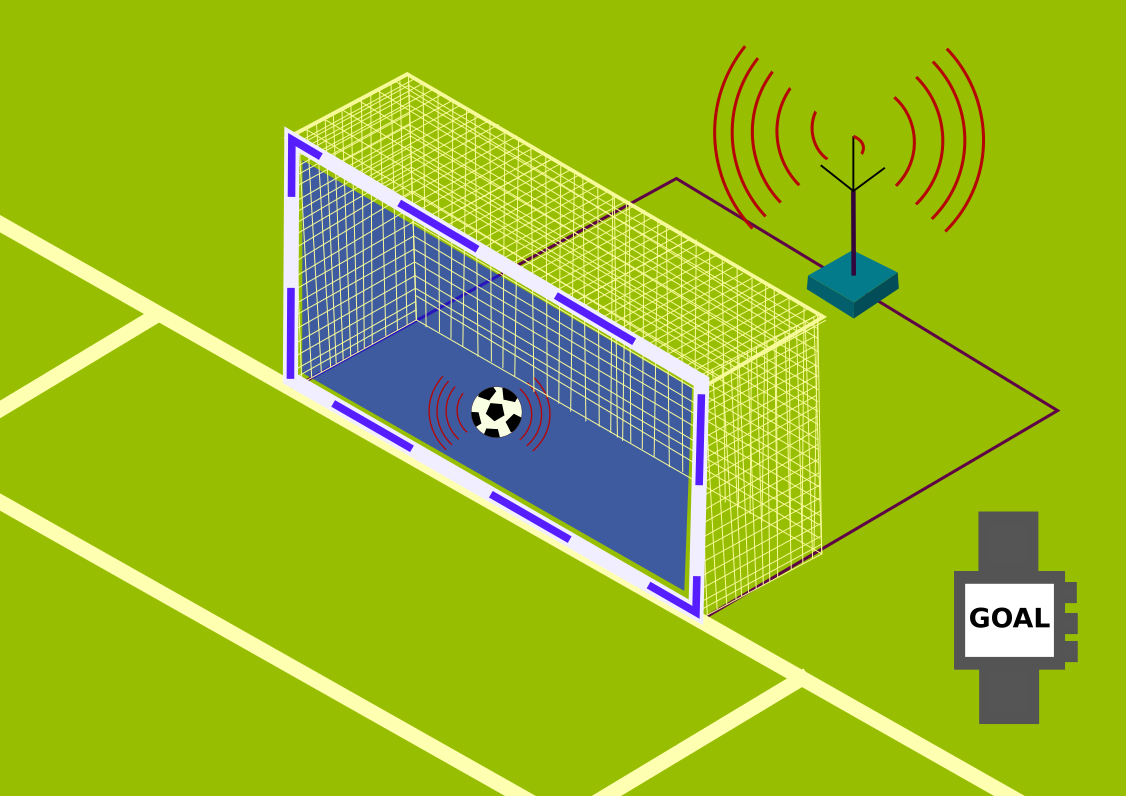 Caption: Goal-line technology has successfully been implemented into the game.

Considering the speed at which other aspects of society adopt and embrace certain technologies (just look at the progression of mobile phones over the last few years), football is stuck in the dark ages. The Russian World Cup embraced technology to a degree, but the sport is still lacking in that department.

It seems concepts must be discussed, dissected and debated endlessly until any organisational body within the sport begins to implement it into the game, and even then it takes months and often years of trilling to be fully initiated. So apart from VAR, it doesn’t seem like any other technological advances are going to be joining football anytime soon, but here are a few ideas that may very well improve the game.

Yes, you read that correctly. We’ve seen goal-line technology brought into the game, and despite having its critics initially, it now epitomises what every fan wants to see in relation to technology in football. It’s efficient and effective.

So why not also implement line technology? I’m not talking about the sidelines, or even the rest of the goallines, as whether a team has or has not been correctly awarded a corner or throw-in is not often going to directly affect a goal. Sure, they could score from the resulting corner, but the defending team still had a chance to rectify the incorrect decision by defending the resulting corner.

Penalties are a different story though. Often, there’s a lot of contention about whether the foul took place in or outside the area. But with line technology, this would eradicate any dilemmas.A simple check of the wrist would confirm whether a penalty should or should not be given.

This is more of a game-management technique than specifically a technological advancement for football. Either way though, it could improve the game.

It’s said that as much as 50% of time in matches is wasted taking set-pieces, making substitutions, retrieving balls from the ball boys etc. (i.e the ball is not in play). That’s 45 minutes more football that can be played and enjoyed by spectators. It makes a lot of sense if you think about it. When a goal is scored, depending on its importance there’s often a minute between the ball hitting the net and play being restarted. In high-scoring games though, there’s rarely more than five or six minutes added - where games should often be hitting double figures.

Could it therefore be time to take after rugby and have a stopped clock, where every time the ball goes out of play the watch is stopped until it returns to the pitch? It would get rid of time-wasting and there’d be more time for goals.

Anyone who has played the video game FIFA will know that the virtual football you see on there can be viewed from all sorts of angles. Naturally, the default view is the most popular and the one a large majority of players use, but that may down to them simply being used to the default view.

But for the minority who’d prefer watching games from a camera angle behind the goal, or from a more-pitchside view, there’s nothing to tailor to this. So why no add a couple of alternative viewing options for fans? The camera men are in place already for the close-up shots, replays etc. So it would surely just be a case of allowing multiple streams to go live from the different cameras.

It may give viewers more of a sense of being in the stands, as opposed to at home watching on TV. But in general, it would just enhance the football viewing experience.

Trends are ripe in football. One of the latest surrounds the analytical side of the sport in the form of xG. This stands for expected goals, which is a new concept that calculates the amount of goals a team should be scoring based of the number of chances they have and the threat of each chance. Another example of a trend that is extensively discussed at the moment is VAR.

In principle, a video assistant referee is a great idea. They’re locked away in a room, with no crowd, player or manager influence. They are able to simply watch the footage back and determine the correct course of action. In reality though, the concept isn’t running as smoothly as hoped.

What needs to change? Simple. Give the VARs a time limit. If they can’t come to a decision within 30 seconds, then it cannot be ‘clear and obvious’ - a requirement for a referee’s decision to be overruled by VAR. So why waste time? If after half a minute no decision can be obtained, stick with the original one. 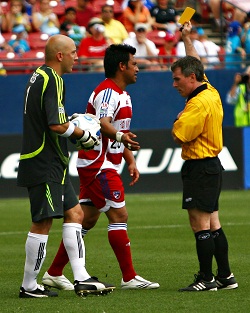 Caption: Referees have struggled having to make split-second decisions, but VAR gives them an opportunity to review major incidents and make the right call.

On the subject of VAR, why not change it slightly? Tennis, cricket, rugby… all have reviewing systems in their sport, and they’re fairly successful. So why has it not been embraced yet by football?

With VAR reviewing every major incident in a sluggish, time-consuming manner that’s just frustrating for all involved, why not just have a review system? A team gets two reviews challenges a match, and like in tennis, if the appeal is correct you don’t lose a challenge. Should it be incorrect, the team loses that challenge.

It would stop VAR from slowing down matches, and make appealing for decisions redundant - why appeal when you can form a proper VAR challenge?