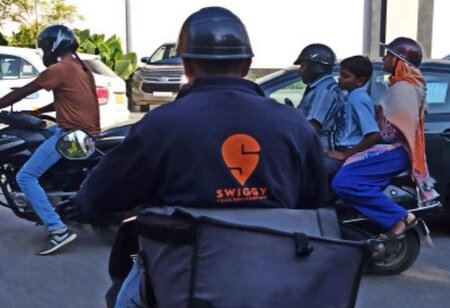 The competition regulator has approved that an investment by Masayoshi Son-led SoftBank Vision Fund II (SVF II) in online food aggregator Swiggy. SVF II had, according to reports, sought to invest $450-500 million in Swiggy at a post-money valuation of $5.5 billion.

“Commission approves the proposed acquisition of certain stake in Bundl Technologies (Swiggy) by SVF II Songbird (SoftBank Group entity),” the Competition Commission of India (CCI) said on Monday in a tweet from its official account.

The move marks SoftBank’s maiden foray into the online food delivery space in India. SoftBank’s funds have already invested in other Indian unicorns including Flipkart, OYO and Lenskart.

Swiggy has expanded its operations to include Instamart, a service allowing customers to order groceries all day. The food aggregator may and use the latest round of funding to expand services further as it plans to bring new offerings for consumers.

In official filings before the CCI, both parties had noted that there was no overlap in the activities of SoftBank and Swiggy and that the “proposed combination will not lead to any change in the competitive landscape or cause any appreciable adverse effect on competition in India.”

Swiggy’s chief rival Zomato, which is backed by Ant Financial and Tiger Global, is set to go for an initial public offering (IPO) in July in which it is hoping to raise about $1.25 billion or Rs 9,375 crore.