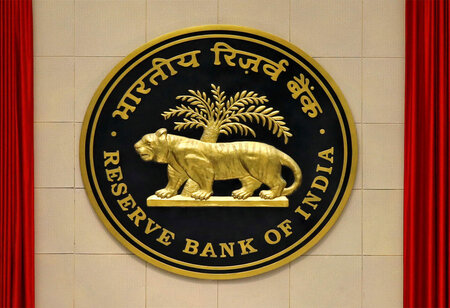 The central bank's latest communication to fintechs disallowing non-bank wallets and prepaid cards from loading their credit lines onto these products has caused widespread confusion in this segment of the payments industry, although the order came after concerns the regulator may have felt over several of the new-age companies seemingly assuming the lenders' role without building sufficient safeguards.

The Reserve Bank of India's (RBI) circular issued on Monday follows widespread discussions the banking regulator has had with industry stakeholders as it seeks to understand the business models of lending startups, including credit-card based fintechs, while aiming to release digital lending norms by July, multiple sources aware of the talks told ET.

The banking regulator believes that fintechs, unlike traditional lenders, lack sufficient capital and credit underwriting capabilities, said a person familiar with the matter.

'No Position to Withstand Shocks'
Hence, these companies are in no position to withstand shocks that would reverberate through the financial system, ending up hurting the most vulnerable of borrowers these companies originally intended to serve by providing access to loans. Furthermore, prepaid payment instruments (PPIs) are transactional vehicles for a customer to spend his/her own money - not borrowed funds that bring into equation judgemental subjects such as customer credentials and ability to repay, said the person cited above. Consequently, the regulator has now barred new-age fintech companies from loading credit lines onto PPIs, instruments that by nature should not ordinarily involve assessments of creditworthiness.

"The RBI seems to be apprehensive of the control being with fintechs and wants to move it fully to banks," said one of the entrepreneurs ET spoke with. His startup would be among those likely affected by the new regulations.

Some companies, including EarlySalary, have temporarily disabled all future transactions to comply with the RBI's diktat, according to its communication sent to customers on Tuesday. ET has reviewed the company's note.

Separately, Tiger Global-backed unicorn Slice and Uni Cards, among others, are also likely to be directly affected by the order. Rajan Bajaj, founder and CEO of Slice, said his company was also analysing the RBI's letter with its partner banks. "We are committed to following all applicable laws," he added.

Even as the fledgling fintech industry comes to terms with the new norms, industry groupings such as the Digital Lenders' Association of India (DLAI) and the Fintech Association for Consumer Empowerment (FACE) are seeking relief from the regulator, pushing for a deferment of implementation timelines. Companies told ET that they will seek clarity on applicability of the rules on bank-led wallets, treatment of customers already live with these products, and tweaks in present business models to continue on-boarding customers. In a communication late on Monday evening, the regulator directed non-bank issuers of PPIs to immediately stop loading wallets with credit lines. "The issue is with the word 'credit line'. It is fair if a credit line is provided by a PPI player or an unregulated entity. But technically it should not be a problem if both the NBFC partner and the PPI are regulated by the RBI," said a payments industry executive on condition of anonymity. "The letter sent is very unclear since there is no preamble, and everyone is trying to understand the intent behind this decision. But are NBFCs now supposed to go back and disburse loans in cash, going back on the country's agenda on digitisation?" Payments industry insiders said the rules will be applicable to all wallets used to load credit lines. The interpretation of the guidelines suggests the RBI wants these companies to seek a "credit card licence" before launching such products. In April, the regulator had said that non-bank lenders cannot issue credit cards or 'similar products' without RBI's approval.

"With the communication, the RBI has made it very clear that it is not keen on this circuitous route of delivering credit. For now, fintechs using a prepaid BIN and providing credit-line through NBFC partners are under the radar. However, there are talks that this may also extend to bank PPI BINs as well," said a second payment-sector entrepreneur.

The regulator has been cautious of credit products, such as Buy Now Pay Later (BNPL), for some time. Since January, it started conducting surveys and sought details on business models, client segment and delinquency rates of BNPL players. "The RBI's recent communication indicates the lack of credit line visibility that occurs if a loan is given through a PPI instrument," said Mihir Gandhi, partner, leader - payments transformation, PwC India. "PPIs have to go through at least minimum KYC where the bank knows who the customer is, which may not be the case with the credit-based PPI use-case. Issuers of credit (banks and fintechs) need to be aware about who the loan is given to, finally." Sources privy to the development said the RBI is worried delinquency rates as high as 10% on BNPL books could lead to systemic risks, with non-banks involved in facilitating these credit lines. Its surveys also revealed weak underwriting and poor know-your-customer (KYC) practices, followed by some companies.

"We need more time to comply; there has to be a convenient path to issue cards and a change in regulation is required for us to do that," said a card fintech operator. "BNPL products have done very well in the unbanked segment and if these products are shut down, we will never be able to get them in the formal ecosystem."

Until clarity emerges, the fintech industry has adopted a wait-and-watch approach with the companies engaged in consultations with the regulator.

"We are in touch with the RBI and it will take a few days to get clarity on the order - whether it will impact credit card challengers working with banks," said the founder of another startup.