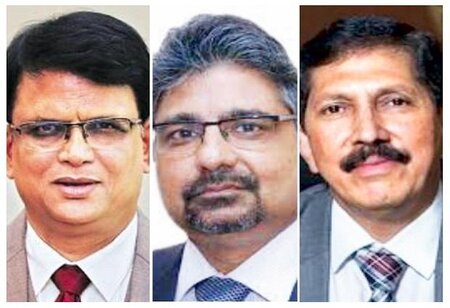 As part of its efforts to ensure stability and continuity at state-owned lenders amid the pandemic, the finance ministry has recommended extending the tenure of three managing directors and chief executive officers (MDs and CEOs) and 11 executive directors (EDs) of public sector banks for up to two years or until they reach retirement age, whichever comes first.

The Department of Financial Services (DFS), according to people in the know, has written to the Department of Personnel and Training (DoPT) suggesting the move, before the Banks Board Bureau (BBB) identifies new candidates for the role of bank chiefs.

The letter, written earlier this month, recommended a tenure extension for S S Mallikarjuna Rao, MD and CEO of Punjab National Bank, until January 31, 2022, when he is due for superannuation. Rao’s term as MD and CEO is set to end on September 18 this year.

Similarly, the DFS has suggested giving a two-year extension to Atul Kumar Goel, MD and CEO of UCO Bank. His term is ending on November 1. A S Rajeev, MD and CEO of Bank of Maharashtra, also has been recommended for an extension of two years beyond December 1.

In its letter to the DoPT, the DFS has noted that the proposal “has been approved by the finance minister", the sources said.

The proposal to the DoPT was sent after consulting the Banks Board Bureau and the final call on the matter would be taken by the Appointments Committee of Cabinet (ACC), they said.

The move comes amid the government’s efforts to bring senior executives from the private sector for top posts in public sector banks. In a public notice on June 16, the BBB had invited "applications from qualified candidates for the post of managing director& chief executive officer (MD& CEO) of Punjab National Bank (PNB) on a full-time basis".

The criteria were that the applicant should be in the age group of 45-57 years, and from mainstream banking; he/she should have spent at least one year at the board level. The compensation offered was in line with the MD and CEO of a large public sector bank.

With the DFS proposal to extend the tenure -- which is likely to be accepted by the DoPT -- the private sector participation in government banks may have to wait for a while.