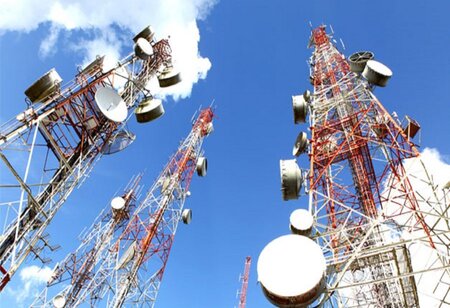 The Department of Telecommunications (DoT) has taken note of the various illegal online sales of network repeaters and mobile signal boosters and plans to write to all major e-commerce platforms to enhance measures to prevent such sale, senior government officials said.

“We have in the past conducted raids and seized such equipment based on tip off. The easy availability of such devices has posed a problem. Letters will soon go out to the e-commerce players to be more vigilant on this issue and prevent any such sale from their platform,” a senior official said.

The move comes after all the three major private telecom players — Reliance Jio, Vi and Bharti Airtel — had through the Cellular Operators Association of India (COAI) had once again written to the DoT Secretary Anshu Prakash, apprising him of the sale of these devices which cause spectrum interference, thereby hindering quality services of the telcos.

In its letter on April 16, the COAI had asked the DoT to intervene in the matter and ensure a complete ban “on sale of these illegal repeaters and boosters, offline or online thru e-commerce websites/platforms through an appropriate notification to sellers of illegal repeaters in the country”. The industry body had in its letter also suggested that the DoT take up the issue with the commerce ministry to ensure a ban on the import of such equipment and talk to the home ministry as well to take action against the sellers of illegal repeaters and network boosters in the country.

The concern is that, such wide band devices draw in network signals to provide connectivity to a particular building or area in an unregulated manner, thereby depleting the network strength in other surrounding areas and results into call drops and depleted network quality

Boosters or mobile signal repeaters are usually installed by telecom companies at certain low connectivity places only after thorough verification of the area’s network status, and at places where it is not easy to install new mobile towers. Such boosters work by drawing in all the available mobile signals in the area with low connectivity. The signal is then redistributed in small and concentrated clusters such as buildings or a small group of buildings.

When telecom service providers install such signal boosters or wireless signal repeaters, they ensure that it does not in any way impact the network strength and coverage for people where the signal strength is good. Telcos also ensure that these repeaters do not interfere with their own spectrum and airwaves.

On the other hand, illegal boosters and mobile signal repeaters, telcos say, deplete the network strength by drawing in more than necessary airwaves and then redistribute it in a haphazard manner. “The concern is that, such wide band devices draw in network signals to provide connectivity to a particular building or area in an unregulated manner, thereby depleting the network strength in other surrounding areas and results into call drops and depleted network quality,” the COAI said in its letter to Prakash.