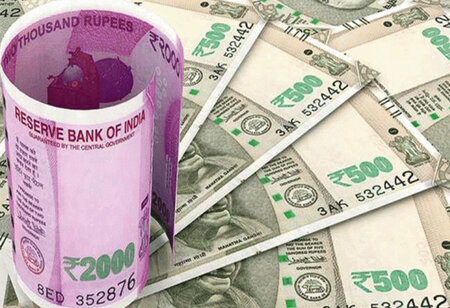 The tussle between Indian institutions and the foreign investors is continuing, with the former continuing their purchases even as foreign funds remained net sellers on the stock markets. Foreign investors pulled out Rs 5,936 crore from domestic equities in the first week of May amid worries over the intense second wave of Covid infection and its fallout on the economy.

Foreign investors had pulled out Rs 9,659 crore in April after infusing money in the preceding six months, according to data available from the National Securities Depository Ltd (NSDL). On the other hand, domestic institutional investors (DIIs) invested over Rs 2,135 crore in the first week of May.

The Sensex gained 424 points to 49,206.47 last week despite the rise in Covid cases and withdrawals by FPIs. The key contributors to the firm trend were the DIIs, which came to the market’s rescue and bought over Rs 11,359 crore in April. “In a perpetual tussle of disagreement between FPIs and DIIs, FPIs shied away from Indian equities after 6-months of consistent net buying and sold net equities as their confidence faltered looking at the rising cases. Hence, it is important to track how FPIs and DIIs fare over the coming weeks as DIIs stole the show and gained dominance this time around,” according to Nirali Shah, Head of Equity Research, Samco Securities.

Prior to April’s outflow, FPIs had been infusing money in equities since October

“Indian markets succumbed to FPI selling this week on account of the sharp rise in Covid cases,” said Rusmik Oza, Executive Vice President, Head of Fundamental Research at Kotak Securities. As India has become the epicentre of the virus resurgence there is fear of potential earnings downgrades which could turn out to be higher in case of mid and small cap companies. “Fresh lockdowns and restrictions being imposed by various state governments will impact demand and also business activity. The persistent rise in hard commodity prices is a threat which could weigh on margins of many manufacturing companies. Too many potential negatives have come together which could impact markets in the very near future. Given the near-term challenges and sentiment we can expect FPI flows to remain subdued in the near term,” Oza said.

Prior to April’s outflow, FPIs had been infusing money in equities since October. They invested over Rs 1.97 lakh crore in equities during October 2020 to March 2021.