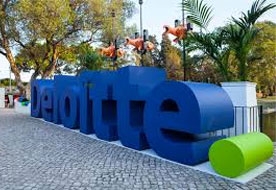 Reciprocating governments’ plan to shore up investments, Corporate India is planning to allocate a higher amount towards its capital expenditure (CAPEX) for this financial year. According to Deloitte India’s CFO survey, there will be major revival in the corporate CAPEX cycle.

Explaining corporate India's move that allies well with government's ‘Make in India’ campaign, Deloitte spokesperson said, “Rise in CFO optimism in the short term is in line with other key developments such as inflation coming under control, current account deficit contracting to manageable levels and the likely hood of the government meeting its fiscal target.”

Survey reported by Deloitte includes the proactive role that the government has played so far in reigniting the growth process, impact of tax or other levies on cost competitiveness and the increased productivity and employability of people. CFOs from 100 different sectors that the survey covered had mixed opinions. While some CFOs were very positive about the campaign and about governments’ big strides in productivity, few CFOs’ were neutral on their opinion. The report outlined the varied opinions of the CFOs.

Deloitte spokesperson further added, “These findings, therefore, clearly show that the CFOs are willing to give the government more time to bring about the structural change that would give growth a more sustainable and meaningful   boost.”