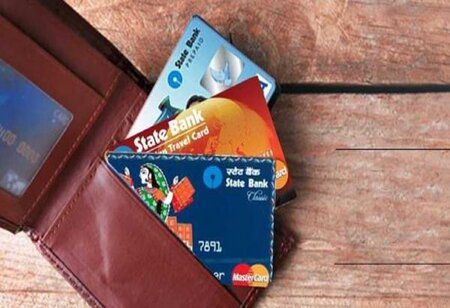 Private equity firm Carlyle Group will nearly halve its stake in SBI Cards and Payment Services Ltd for as much as 443 million US dollars, or Rupees 3,267.2 crore, according to deal terms seen by Mint.

CA Rover Holdings, which is a Carlyle entity, which as of 30th June held a 6.5% stake in the credit card issuer, will sell around 32 million shares, or a 3.4% stake in the company, through a block trade.Carlyle will offer the shares at an indicative price band of ₹1,021 to ₹1,072.3 apiece.

On Monday, shares of SBI Cards closed at ₹1,071.70 on BSE. The shares have risen almost 26% since the start of the year. Bank of America and Citigroup are advising Carlyle on the transaction.

This follows Carlyle selling a 5.1 percent stake in SBI Cards for 4,811 crore Rupees in June, while in March, it offloaded a little more than 4% in the credit card company for about ₹3,800 crore through block deals. The stake sales followed SBI Cards’ public listing in March last year. Carlyle divested a 10 percent stake in SBI Cards for a little more than ₹7,000 crore, marking the largest private equity exit through an initial share sale in India.

For the quarter ended 30 June, SBI Cards reported a net profit of ₹305 crore, a 22 percent drop from 393 crore Rupees a year earlier. The decline followed a swelling of bad loans for the cards arm of SBI after the covid second wave disrupted businesses in the June quarter.

Total income increased to ₹2,451 crore during the quarter, from ₹2,196 crore a year earlier. SBI Cards saw its gross non-performing assets more than double to 3.91 percent of gross advances as of 30 June, compared with 1.35 percent a year earlier.