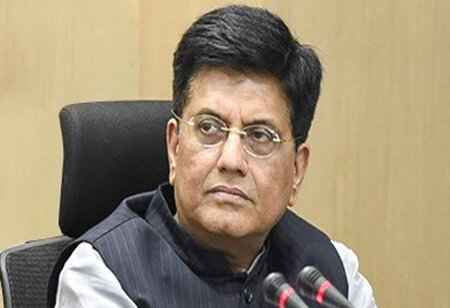 The Union Cabinet on Wednesday approved setting up of seven new mega textile parks with an aim to put India on the global textile map. This move will help to attract foreign direct investments (FDI) into the textile sector and generate thousands of employments in the country. Union Cabinet cleared a total outlay of Rs 4,445 crore to build seven mega integrated textile region and apparel parks (PM-MITRA) over the next five years as well.

Sharing a glimpse of Modi government’s mega plant to boost export and employment, Union Cabinet said that the integrated parks will be at greenfield or brownfield sites located in different states who are willing to participate. For developing the common infrastructure of PM-MITRA in greenfield sites, the Union government will provide capital support of up to ₹ 500 crore or 30 per cent of the project cost, whichever is highest. “For Brownfield sites, after assessment, Development Capital Support at 30 per cent of project cost of balance infrastructure and other support facilities to be developed and restricted to a limit of Rs 200 crore," the government said. The aim is to make the project attractive for of private sector. Along with this, the government will also provide Rs 300 crore competitiveness incentive support (CIS) to each PM-MITRA park for early establishment of textiles manufacturing units, the Union Cabinet said. This will be paid up to 3 per cent of turnover of a newly established unit in PM-MITRA, it added, mentioning, “Such support is crucial for a new project under establishment which has not been able to break even and needs support till it is able to scale up production and be able to establish its viability."

Announced in Budget 2021, the mega textile parks will have integrated facilities and quick turnaround time for minimising transportation losses. It will also help to position India as a fully in integrated, globally competitive manufacturing and exporting hub for the textile sector, the Union government said earlier.

The PM-MITRA parks will have a incubation centre and plug-and-play facility, developed factory sites, roads, power, water-and-waste-water system, common processing house & CETP and other related facilities e.g. design centre, testing centres etc. Besides, it will also accommodate workers’ hostels and housing, logistics park, warehousing, medical, training and skill development facilities for the workers. The mega integrated textile region and apparel parks will develop 50 per cent area for pure manufacturing activity, 20 per cent area for utilities, and 10 per cent of area for commercial development.