Cabinet approves for the formation of Development Finance Institution 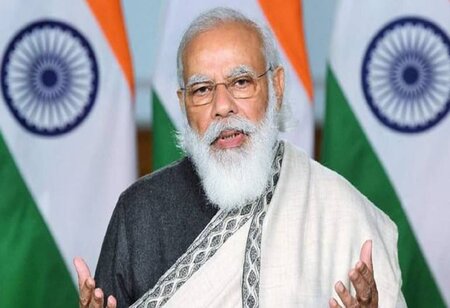 The Union Cabinet headed by the Prime Minister Narendra Modi on Tuesday approved the bill for setting up of Development Finance Institution (DFI) which was announced during the Union Budget 2021-22, Finance Minister Nirmala Sitharaman said. The initial capital infusion will stand at Rs 20,000 crore. The DFI will generate funds for investment in the infrastructure sector in the country.

Briefing the media after the cabinet meeting, Sitharaman said that the DFI Bill which has been cleared by the cabinet today will now get tabled in parliament. She said that the government expects the DFI to raise up to 3 lakh crore in the next few years. “The Cabinet has cleared this bill, through which we will have an institution and institutional arrangement, which will help in increasing long-term funds,” she said.

The initial grant for the DFI will be Rs 5,000 crore and there will be additional grants within a limit of Rs 5,000 crore. The DFI will have a professional board and 50 per cent of them will be non-official directors. The new DFI will have certain tax benefits for 10 years and the Indian Stamp Act too is being amended, Sitharaman said.

The finance minister’s assurances to the bank employees come amid a two-day nationwide bank strike called by the United Forum of Bank Unions (UFBU), which is an umbrella body of nine bank unions

The finance minister in her Budget 2019-20 speech had proposed a study for setting up DFIs for promoting infrastructure funding. About 7,000 projects have been identified under the National Infrastructure Pipeline (NIP) with a projected investment of a whopping Rs 111 lakh crore during 2020-25.

Not all banks will be privatised: Finance Minister

Separately, Finance Minister Nirmala Sitharaman assured that not all banks will be privatised and said that wherever it happens, the interest of bank employees in those public sector banks will be protected.

“Even for those banks which are likely to be privatized, the privatized institutions too will continue to function after privatization,” she said. The interests of bank workers which are likely to be privatised will be absolutely protected whether their salaries or scale or pension, all will be taken care of, the finance minister said while responding to a query on bank privatisation.

“I want to assure it is not that the institutions are going to be closed or workers are going to be removed. It is not a quick decision; we are very conscious of the interest of workers in these institutions,” Sitharaman said. The finance minister’s assurances to the bank employees come amid a two-day nationwide bank strike called by the United Forum of Bank Unions (UFBU), which is an umbrella body of nine bank unions.